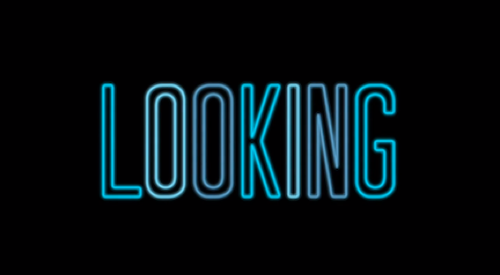 Tonight on HBO Looking continues with an all new Sunday January 11, season 2 premiere episode called “Looking for the Promised Land,” and we have your weekly recap below. On this evening’s episode, Patrick (Jonathan Groff), Agustin (Frankie J. Alvarez) and Dom (Murray Bartlett) head to Russian River to stay at Lynn’s (Scott Bakula) weekend cabin for relaxation and bonding.

The show is about Patrick who is on the verge of a new relationship that could complicate life at work and home, even as he tries to salvage a friendship from an old one. Agustín, still floundering from his own breakup, leaves old aspirations behind while making a new connection.

On tonight’s episode as per the HBO synopsis, “Patrick (Jonathan Groff), Agustin (Frankie J. Alvarez) and Dom (Murray Bartlett) head to Russian River to stay at Lynn’s (Scott Bakula) weekend cabin for relaxation and bonding. Though Patrick wants to lay low, the guys end up at a bacchanalian party in the woods after running into a Faerie. Meanwhile, Patrick mulls over what he wants from his life in the city, and Dom looks for clues in the house about Lynn’s old life.”

On tonight’s season premiere of season two, Patrick and the guys headed to Lynn’s weekend retreat for some R&R. Though Patrick’s friends seem to want more from their weekend than merely sitting back to enjoy nature. Dom and Agustín want excitement. And unless they can do more to a tree than hug it – Patrick’s plans for sitting around a campfire were always bound to go right out the window.

Dom, for one, needs to take his mind of a guy. He’s worried about his latest (he doesn’t know if he should a 59 year old man his boyfriend) and why the other man refuses to talk about his ex. To Dom, that’s unnatural. But Patrick has been telling him to just let it go.

No good comes from dwelling on the past after all. And no one knows that more than Patrick.

He wants to forget his mistakes just as much as the next guy. Though, unlike Agustín, he doesn’t want to turn to any recreational usage to do so. So later after the guys had arrived at the cabin, Patrick suggested they take the kayak they saw out on the river.

However, they eventually ran into a bunch of guys apparently having a party and those that weren’t so thrilled about getting back to nature suddenly saw their means of excitement. Patrick, though, still wanted to stick to board games so luckily Doris arrived out of the blue to save the day. Her decision along with Dom and Agustín was what ended up overruling Patrick’s plans to stay in for a quiet night. And before he knew it, Patrick was heading to a party after a man dressed like a faerie had given them all directions.

But never fear, Patrick’s decision did carry some benefits. He later ran into a guy he seems to like and who appears to like him back. And the same went for Agustín who went skinny dipping with a new friend.

Yet, and probably the most surprising, is that Dom ended up making a new friend as well. As it turned out though things kind of got awkward towards the end. At least on Dom’s part when he was trying to sleep with someone else in his boyfriend’s cabin. The new guy found a photo of Lynn and actually wanted to sleep with Dom in front of the picture.

Dom of course turned that suggestion down but that was weird, right?

Also, while all his friends were busy enjoying themselves at the party, Patrick went on to do something he himself would go on to call stupid. It seems he called Kevin for a middle of the night hookup and Kevin even followed up on it.

This isn’t the first time it’s happened yet now Patrick is really starting to feel bad about what they’re doing. He wants to stop sleeping with Kevin – he just doesn’t know how!