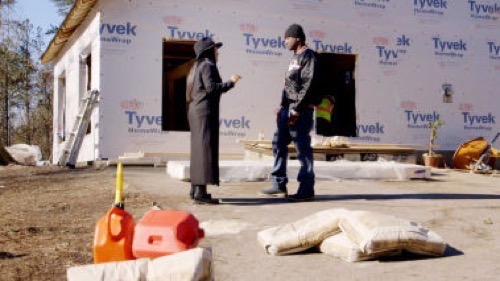 Tonight on VH1 their series Love & Hip Hop Atlanta continues with an all new Monday May 18, season 4 episode 5 called “Rumor Has It…” and we have your weekly recap below. On tonight’s episode, Mimi Faust and her sex tape are gossip fodder for Margeaux Simms and Joseline Hernandez.

On the last episode, Khadiyah put Yung Joc in a compromising position; Margeaux arrived in Atlanta and formed an unlikely friendship; Kalenna prepares for the arrival of her baby; Rasheeda and Karlie had it out; and Stevie faced a major legal hurdle.

On tonight’s episode as per the VH1 synopsis, “Mimi and her sex tape are gossip fodder for Margeaux and Joseline; Rasheeda learns of Kirk’s budget woes; and Mimi invites Jessica Dime and Tiffany Foxx to attend a studio session with Jazze Pha.”

Joseline contacts Margeaux and they meet up.  Joseline asks her how she felt about the tape. Margeaux says Mimi doesn’t matter and that the two of them weren’t together at the time. She says he told her all about the tape, but what she was really mad about was his claim that the tape was found in his bag. She tells Joseline that Mimi orchestrated the release of the sex tape.  “I knew it, because I know how thirsty she is,” Joseline says.

Mimi meets up with Tiffany Foxx to make up with her about Stevie’s behavior at her performance. She apologizes, and tells Tiffany that he is now in rehab. She says she wants to work with her regardless of his situation, saying that if Stevie can’t produce the song, she will hook her up with another producer. Mimi says she wants to be Tiffany’s manager, but Tiffany says she already has a manager. They agree to start with the song, and go from there.

Ernest takes Mama Dee to a chicken wing joint. She tells him that she has not found another man that can compare to him throughout the years, and Ernest gives her a promissory ring, which is on the cherry in her drink. She says that was “ghetto as fuck” and initially refuses, until Ernest appears hurt. She lets him put the ring on her finger, and he promises to be with her for the rest of his life and to be faithful.

Joseline tells Karlie that she and Stevie are having a wedding ceremony. She also tells her that she is throwing a party, and they discuss who to invite.

Rasheeda confronts Kirk about spending $32,000 in one day, money that comes out of the fund she wants to use to start a store. She says she has to deal with people like Karlie starting stores and telling her they’re doing what they wish she could.
He admits to being $100,000 over budget on his project, and she storms off, telling him he is going to be cut off from that money and she will be opening her store.

Jessica Dime meets up with Mimi to see if they vibe professionally. She asks her if Stevie is going to be a part of it, and Mimi says she is currently asking that same question herself as Stevie is in rehab.  Mimi brings up Tiffany Foxx, but Jessica wants to be her sole project. They agree to do a trial run to see if Mimi’s work meets Jessica’s expectations.

Mama Dee tells Lil Scrappy that she has gotten back together with Ernest.  He tells her that his sister is the one she needs to worry about, as she hates Ernest for how he treated her mother. Ernest’s mom also hates Mama Dee for getting him thrown into prison.  Mama Dee is going to get everyone together for a family dinner in an attempt to get everyone to reconcile.

Faith Evans comes to visit Stevie three weeks into his rehab stint. He tells her he wants to take the things he has learned and give them to Joseline, who still wants to drink, smoke and party. He also says he wants to get back to his career, and work with Evans again.

Scrappy holds a dinner with his siblings to see how things at the dinner with Ernest will go. Jasmine says she is not okay with their mother being back together with Ernest because he was verbally abusive, always out and a cheater. She says their mom pushed him on her. She says what bothers her is that after their mom set Ernest up, he finds her as soon as he gets out of prison. She says that she thinks Ernest wants to be with her mom for her money.

Joseline holds her party. One of the people she invites is PreMadonna, who runs a waist shaper business. She tells Joseline that she is holding a party for her business.

Margeaux comes in, shocking Karlie. Karlie inquires about their marriage, and Margeaux says they live in different units in the same building because she isn’t going to waste time worrying about what he is doing and vice versa. Margeaux reveals that Mimi planned the sex tape between her and Nikko.

Mimi takes Jessica to meet Jazze Pha. Tiffany comes in and Jessica throws a fit, asking Mimi why she invited her, which causes a full-blown screaming match between the two. Tiffany calls Jessica bitch, which sets her off even more. Tiffany storms off while Jessica imbibes more alcohol.

Tiffany says in confessional that she had doubts about Mimi being her manager before, but now she definitely doesn’t want to work with Mimi anymore.

Jazzy Pha tells Jessica that he doesn’t want to hear her music because she’s being disrespectful in his building. He kicks her out and she takes a final drink before storming out.