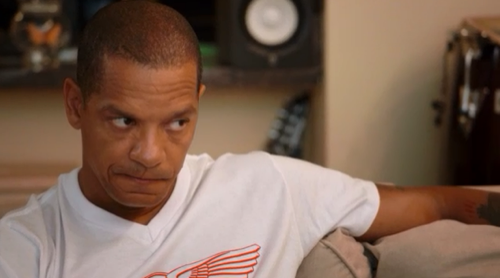 Tonight on VH1 their series Love & Hip Hop continues with an all new Monday January 26, season 5 episode 6 called “Exes and Ohs” and we have your weekly recap below. On tonight’s episode, after reconnecting with Rich Dollar, Erica Mena learns he has a client she does not approve of.

On the last episode, Erica and Rich reconnected, but she doesn’t approve of his new client. Meanwhile, Cisco tried to overcome past issues with his baby mama, Chrissy wanted to have a baby, and Amina went into labor. Did you watch the last episode? If you missed it, we have a full and detailed recap right here for you.

On tonight’s episode as per the VH1 synopsis, “Peter comes clean to Amina. Meanwhile, Cyn and Rich attempt to join forces in work, only to have Erica sabotage their event; relationship problems plague Chrissy; and Yandy plunges into a sticky situation.”

Peter tells Amina that before they start moving forward he has to come clean about something, saying he “kinda lied” about the trip to Barbados. He tells her he went with Tara instead of a business trip, like he said. She says she’s not even going to ask him anything about it because he is always telling lies.

Rich meets with Cyn so she can taste his liquor and decide if she wants to be the face. He also introduces her to another one of his artists, Precious Paris, who needs someone to sing on her track.

Yandy is angry with Mendeecees because of his baggage and drama with his baby mama, Samantha. She went to the kid’s school to find out that she had picked him up as soon as school let out. He says this is crazy because she never goes to the school to pick him up, and that she now wants to take the kid now that she’s finally decided to be a mom. He says she shouldn’t take him now that he may have to go away. She didn’t step up before, and he doesn’t want to be a weekend dad.

Yandy meets with Samantha to foster better communication between her and Mendeecees. Samantha says he won’t answer texts or phone calls. Samantha mentions she thinks going to court over custody may help if there is inconsistency.

Rich invites Erica to the liquor release event.  Erica is still convinced he hired Cyn to provoke her, so she accepts the invitation.

She approaches Rich and Erica and calls Cyn a foot fungus that won’t go away. She tells Rich that he wants to bang Cyn when he had made fun of her for doing it. Then, she goes up to the stage, grabs the microphone and gives an embarrassing shoutout to Rich, saying she loves him no matter how many of her songs she stole and how many of her exes he hires.

Rich meets with Chink, who tells her about how Chrissy stopped taking her birth control without telling him. He says he can’t walk away from her because everyone walks away. He says he has his own issues, and he’s going to sit down with her and see where her head is.

Yandy tells Mendeecees about her meeting with Samantha. She tells him she feels like he hogs the kid and she wants to be in the kid’s life 50% of the time. Mendeecees says the kid has been crying wondering where she is because she’s been neglecting her responsibilities. Yandy tells him Samantha has agreed to meet and talk to him.

Cyn and Precious Paris meet up. Cyn tells her they never officially said they were done, and that there is never any closure with Erica because she always needs attention. She says she is not against meeting up and talking to her, and Paris says she should because closure is not for Erica, but for her.

Amina arranges lunch with Tara to get the straight dope on the trip. Tara tells her she knew what it was before she got pregnant, and Amina says she knew Peter was her husband. Tara says she didn’t know her responsibility because she knew he had a family and she continued on. Amina says that’s the same thing she just did, but Tara says it’s different because she didn’t rush into anything.

Amina brings up Tara’s past, saying she didn’t leave when she knew he had a family.

She asks Tara if the two of them are really done. Tara says if she had to base it on Peter’s words, he is not done with her.

The two of them talk about the lies Peter tells to each of them, and when Tara says he would say that he didn’t mean for the situation with his relationship with Amina to get this far, it makes her upset.

Chink gets angry when Chrissy doesn’t show enough regard for his feelings regarding the baby. He says the baby is not a doll. She says his tone is why she doesn’t tell him anything. She brings up what he said in the car about how he may not get a divorce, and she says she can’t even fathom continuing on with him because he basically is telling her she has nothing coming from him. They break up.

When Samantha and Mendeecees meet up, she tells him she knows he isn’t being a responsible parent because he doesn’t answer her calls.

She asks why she thinks he is more suitable as a parent than her, and he tells him the only reason she would win is his case, otherwise she never would.

He says that he needs to spend as much time with him as possible as he may have to go back to jail. She says the kid is getting older and older every day and he needs to be with his mother, and Mendeecees tells her to leave them be.

Cyn meets Erica at a photoshoot and says she doesn’t want it to end this way, asking her if they can’t each just go their own way. Erica says she tried, but then she went to Rich to do a song. She tells her that if she wants to go her own way that includes her friends.

Cyn says she’s talking to her like she’s a random bitch off the street, and Erica says that she is now. Erica tells her that if she chooses to hang out with her friends, she is going to see that as her still wanting to be around her.

Erica says she has no hard feelings toward her, apologizes for putting her hands on Cyn, and tears up telling her she loves her before walking away.