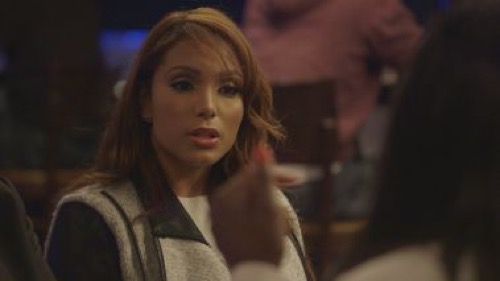 Tonight on VH1 their new series Love & Hip Hop continues with an all new Monday February 2, season 5 episode 7 called “Mama Drama” and we have your weekly recap below. On tonight’s episode, peter tries to assure Amina that his relationship with Tara is over.

On the last episode, Peter came clean to Amina. Meanwhile, Cyn and Rich attempted to join forces in work, only to have Erica sabotage their event; relationship problems plagued Chrissy; and Yandy plunged into a sticky situation. Did you watch the last episode? If you missed it, we have a full and detailed recap right here for you.

On tonight’s episode as per the VH1 synopsis, “Peter tries to assure Amina that his relationship with Tara is over. Meanwhile, Rich works with a new artist; Cisco and Diamond meet; and Mendeecees tries to make amends with Samantha.”

Rich goes to check out a new artist, Jhonni Blaze. He used to see her and after they stopped, she put his number and screenshots of their texts on Twitter. Even though she has the look and talent, he’s worried about it because she’s crazy. He agrees to work with her under the condition that she starts no drama, and she agrees.

Diamond has been seeing a producer after ditching Cisco. Unlike Cisco, he shows interest in her life and helping her better herself.

Yandy is mad because Mendeecees has made the issues with Samantha worse rather than better, so she has called his mother to help her. With the wedding approaching, Yandy needs this issue to go away.

Mendeecees says he has a problem with the fact that Samantha wants to take the child out of his household, not the fact that she wants time with him.

They decide to set up a time when they all can sit down and discuss this with Samantha.

Amina’s sister has come to visit her, and she tells her about the “business trip” Peter took right before she gave birth, which she found out was actually a trip with Tara and their kids.

Her sister says that if she knows it’s not going to change and it’s not how she wants to live, she should leave him. Amina agrees, saying she may take the kids and stay permanently in Germany instead of just visiting.

Cisco meets up with Rich and tells him that both Diamond and Tasha now hate him. He says he doesn’t want Tasha bringing men around their kids, but Rich says he can’t control that from hundreds of miles away.

Cisco says he wants to patch things up with Diamond. Rich shows him an Instagram photo of Diamond with her new man.

Yandy tells Tara she is pregnant.

Tara tells Yandy about the conversation she had with Amina, saying she doesn’t feel bad about going on the trip with Peter even though Amina thinks she should.  Yandy says Peter needs to explain to his kids why he isn’t there when Tara talks about trying to introduce the kids.

Cisco calls Diamond out to the studio. When he says she should have told him about her new beau, she says he didn’t tell her when he went out and cheated on her, impregnating another woman. She says she does things for herself, not to make him look like a fool.

She says she now realizes that he is a fraud, and that that’s the word on the streets. She hits him in the face, and he storms out, saying she has crossed the line. She calls him a bitch.

Rich meets up with Jhonnie Blaze to clear up their personal relationship before they can proceed with a business relationship. He references their “friendship,” and she says they were not friends. She says he was her enemy and still is because he was sleeping with others while she was in jail. He asks what he should be saying sorry for, and she says he should apologize for hurting her. She apologizes for the things she did, and he apologizes as well.

Rich tells her to stay off social media and not to get in fights with people, even if it gets her followers.

Peter tries to get out of the doghouse with Amina by surprising her with the idea of bringing all of the kids together. She tells him that she sees everything is still the same, and that he acts as if Tara is as important as her. She says he can’t just do that and think that everything is fine. He says he feels like he is losing her, and she says he is. She says whether or not they’re married depends on his mood.

She criticizes him for disappearing for long periods of time and not being available by phone. She says she is not taking him to Germany and having a ceremony if she isn’t even sure she wants to continue the relationship.

When Rich is chatting with Cyn and Paris about making a record, Paris asks Rich when he was going to send the hit records he has been promising her for months. He says he saw her on Instagram making a video with some nobody. She says she isn’t about to sit still, and he says she should because it isn’t a good look for her to be out there making subpar material with nobodies.

He says he needs to be in charge in order to make sure she is making the right moves in her career. She says she is going to let him take the lead, and he says she’s going to be happy she did that.

Mendeecees, his mom and Samantha meet up. Mendeecees suggests the child stays with her on weekends. Judy defends Mendeecees when Samantha suggests that he isn’t making sure the kid is getting his homework done.

She asks Judy how old she is, and Judy immediately throws her drink at her. A full-on brawl erupts.  He goes outside and talks to Samantha. He agrees with her that what she did was wrong.

He says they are going to find a way to get their mothers out of this, and to get them to apologize to one another. She says that’s hopeless, but he convinces her to go and try anyway. He apologizes to Samantha’s mother on his mother’s behalf.