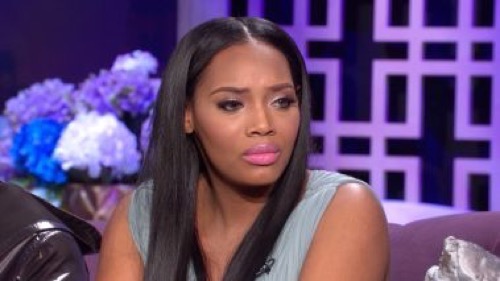 Tonight on VH1 their series Love & Hip Hop continues with an all new Monday April 13, season 5 episode 17 called “The Reunion: Part 2” and we have your weekly recap below. On tonight’s episode, Conclusion. The cast reunites to discuss Season 5’s dramas and love triangles.

On the last episode, the cast reunited to discuss the highlights from the fifth season; Erica had unfinished business. Did you watch the last episode? If you missed it, we have a full and detailed recap right here for you.

On tonight’s episode as per the VH1 synopsis, “conclusion. The cast reunites to discuss Season 4’s dramas and love triangles. A shocking revelation kicks off the proceedings. Mo’Nique hosts.”

Previously on “Love & Hip Hop”, we watched most of the cast get downright nasty on part one of the reunion special. And so tonight the show is picking where we left off. And the one thing everyone wants to know is whether or not Rich broke the guy code.

Quick answer is that yes he did but both parties later admit that there were other circumstances at play the audience was not aware of. For instance Diamond can now say she was acting crazy back then. Looking at the footage has even made her see how bad things had to get. Just so that she can get better. Yet, at the time when everything was going down, she was in vulnerable place and so she says that’s whys he basically tried to attach herself to Rich.

Diamond was coming off of Cisco and Rich, well, he was being Rich. Though, he did try to whitewash the part he played in this whole fiasco.

He claimed he only messed around with Diamond in the bathroom and that he didn’t understand why she suddenly believed they were in relationship. But Diamond sends he would send her mix signals about their relationship all the time. Like when he sent her a text that said she was his woman. So then Cisco needed some clarification.

Because he needed to understand what was his friend’s intent with one of his exes. However he never got a chance to hear that (at least in front of the audience) seeing as Jhonni and Diamond had gotten into yet another argument. This time by getting out of their seats and preparing to attack each other.

So Jhonni had to be escorted off the stage and afterwards our hostess got the single to move the conversation along. But here’s the thing with Love and Hip Hop – every conversation leads to a landmine.

Hence, trying to talk to Peter about his relationship with Tara and Amina wasn’t exactly a safe topic. If anything it highlighted what so many women hate to see the most on this show – a guy calling out his ex on something he himself has done. And Peter seeing Amina move on made him spiteful!

Especially as he made it very clear that what he had with both his exes was officially over!

Though in spite of that, the other guys seems to think Peter isn’t the biggest creep amongst themselves. Apparently that titles goes to Rich. Cisco and Rich say Peter is probably one of the nicest guys because he never sets out to intentionally hurt anyone – that’s just how things play out.

So then a video interview between Mona Scott and Erica Mena was played and that helped settled the matters on who’s the biggest creep.

Rich definitely wanted everyone to know that ”Love and Hip Hop” wasn’t dependent on Erica but he ended up takings things too far when he started insulting Erica while she wasn’t there to defend herself. See, according to Rich, he made Erica. Erica wouldn’t have what she has or be who she is without him. Or so he claims.

But saying that out loud got him booed. And it showed how much of a jerk he can be. And why Erica would say she wasn’t even open to the possibility of being friends.

And when it wasn’t Erica and Rich’s old drama taking up all the airtime, the conversation finally got around to Yandy. Early in the season, Yandy and Mendeecees were hopeful about their future. And though they have a wedding date set, they now have to worry about a possible stalker showing up to ruin the event.

Remy was a friend of Yandy’s but then things got weird between them. Yandy started noticing that Remy was showing at all of her events. Including the ones she wasn’t supposed to know about. And then Remy took a job as Mendeecees’s assistant behind Yandy’s back.

So no matter what Remy says, Yandy can no longer trust her and she doesn’t want the other woman around.

Meaning everyone is invited to the Memorial Day wedding special. Except Remy!