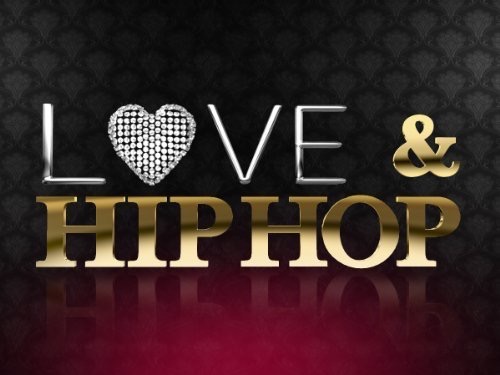 Tonight on VH1 their series Love & Hip Hop continues with an all new Monday April 6, season 5 episode 16 called “The Reunion: Part 1” and we have your weekly recap below. On tonight’s episode, part 1 of 2. Mo’Nique hosts a reunion featuring the regrouped cast discussing Season 5’s dramas.

On the last episode, Peter asked Amina to stay; Chrissy wanted C. Santana to make a final decision; Yandy revealed a surprise. Did you watch the last episode? If you missed it, we have a full and detailed recap right here for you.

On tonight’s episode as per the VH1 synopsis, “The cast reunites to discuss the highlights from the fifth season; Erica has unfinished business.”

Cyn says she hasn’t talked to Erica at all recently. Erica isn’t at the reunion, but she did a recorded interview:

She says she didn’t do the reunion because she has a vision of where she sees herself going and being at the reunion would conflict with that. She basically says she’s letting them have their fifteen minutes while she prospers and grows.

Clips of Erica and Cyn’s relationship drama, including both of them cheating, are shown. Cyn says she was confused when she found out Erica was engaged to Bow Wow. When asked if he thinks Erica was seeing Bow Wow while with Cyn, Rich says “absolutely.”

Erica says of the relationship she wants people to understand that she didn’t want it to end like it did, and she wants people to take from the relationship that it didn’t work out, but has opened doors for this kind of relationship to be accepted. She says she wonders what she did when she saw Cyn going around accusing her of stealing money from her and cheating. She says she hasn’t called Cyn out because if she were to put her on blast, she could never come back from it. She says this way she can be the sweet girl with red hair who likes to feed the children. Erica says Cyn was definitely seeing her current beau while she and Cyn were still dating. She says of the kiss with Bow Wow that she just went along with the kiss and that he was just her friend at the time. Erica says Cyn popped up at a venue she was hosting, but Cyn stayed at the bar where she found her while she was in VIP.

Cyn says it’s easy to play the victim when she was the victim. She says Erica used her as a puppet to stay relevant on the show. She says the reason they didn’t work out was because of the disrespect and lies which caused her to see who Erica really is.

Ray, Cyn’s boyfriend, comes out. He acknowledges being at Cyn’s 21st birthday party, but says they were just friends at the time.

Jhonni is asked what made her release messages and a nude picture of Rich. When Rich is asked about the relationship, he says he doesn’t have feelings like that. Jhonni says she fell in love with him when he was the only guy there for her when her father passed away. She says she is still in love with him.

Paris says she broke up her professional relationship with Rich because he wasn’t managing her correctly. He says she was never signed to Dollaz Unlimited and was working with other guys, and it’s absurd that she could fire someone who was never hired.

When asked if she will continue to have a working relationship with Rich, Jhonni says he is a genius, but that she won’t continue to say nice things about him because he has also done bad things.
She and Diamond start screaming at eachother.

Cisco laughs and Diamond tells him to shut up because she has shit on him too. He says she’s here because of him. The conversation goes to C. Santana and Chrissy.

Chrissy says he made her feel like an outcast because he didn’t let her around his family. He says he doesn’t understand why she’s so emotional and that he doesn’t owe her anything.

The host asks if she would get back together with C. Santana if he got divorced now, and she says yes.

More of Erica’s video interview is shown, where she is asked about the fight between her and Chrissy.

She says she and Chrissy were never friends. She says that if she had escorted she would have put that in her book and sold a lot more copies. She says why is this coming out now from the one person who needs the attention the most. She says Chrissy has been trying to get on the show for a while and Erica vouched for her. She says she thinks Chrissy holds some resentment for that and blames her.

The interviewer asks her if there is anything she wants to say to Chrissy right now. Erica says Chrissy clearly knows she’s worthless, so hopefully she gets the confidence to the point where she can get a burger without having to sell her ass for it. She calls her a pig, saying she’s at the point where she doesn’t talk to trash. She calls her a worthless can’t-have-a-kid-to-save-her-life whore.

Diamond, Cisco and their mothers are now up on stage.  Diamond says if he had been honest with him, she wouldn’t have moved out to New York for him.

A viewer asks how he could call her daughter a dog. However, Diamond never said that. She says she even played it back to make sure she never said that. When asked if she said that, Cisco says he isn’t going to comment on it regardless because children are the most precious

Erica says in her video interview that it’s really sad and that to refer to your child as an animal is disgraceful, calling Diamond “pathetic.”
Diamond says Erica is a coward who isn’t even here to face her enemies.

When talking about the issues that contributed to his behavior, including the death of his brother, Cyn starts crying and goes backstage.

Diamond’s mother says Cisco is a playboy and she didn’t want her daughter to move for him. She tells Cisco she feels the same way about her daughter that he feels about his own. Cisco’s mother says she knows things in Cisco’s life have affected him, but asks what woman would pursue a man she didn’t know and leave her daughter. Diamond says she does know him well and that she saw her daughter at least twice a month. Some people laugh, and she says her daughter is with her now so they can suck it.

The host says there is never before heard audio of Diamond and Rich in the bathroom, to be shown next time. Diamond says that’s bullshit.