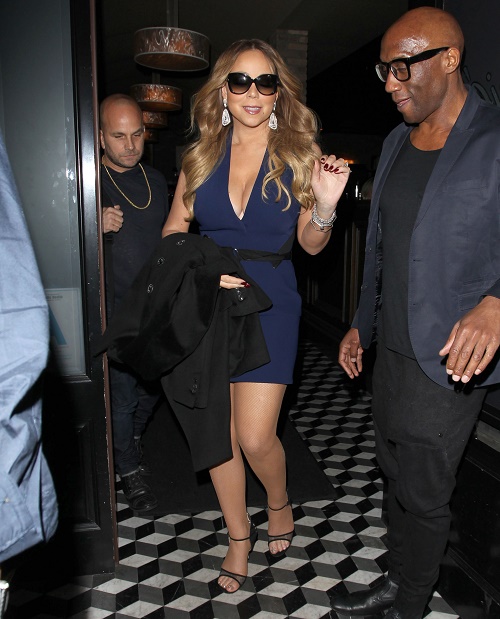 Mariah Carey’s publicist, the famous [or infamous, depending on who you are] Cindi Berger, claims that she quit working for Mariah, but Mariah Carey is shutting down those rumors and alleging that she fired her.

TMZ has gotten their hands on a letter that Mariah Carey supposedly sent to Cindi Berger, who has represented Mariah for the past fifteen years.

The letter reportedly says, “I’ve done a lot of soul-searching this past year … and I found myself asking if I was truly employing a healthy perspective (not to sound too Oprah about it all :). So I think it’s time for us to take a break Cindi… I want to bring a fresh approach to this new phase in my career.”

However, in an interesting turn of events, Cindi Berger’s office claims they never received that letter and that Cindi was the one who decided to end things with Mariah Carey.

So in other words, this is a game of ‘she said, but she said’. And in all honesty, either option is possible, especially since we’re dealing with two giant egos in this equation. Even if Cindi Berger quit, Mariah Carey might have leaked the letter to make it seem like she was the one who fired her. Obviously, Mariah wouldn’t be able to handle anyone quitting, so she’s making it seem like it was HER decision to fire her – all for the sake of her career, of course’.

On the other hand, Mariah Carey’s PR is a hot mess right now, so of course Cindi would try to distance herself from it. It’s completely believable that she would quit before Mariah’s career went into a complete trainwreck, and that this letter is just Mariah’s attempts to save face.

What do you guys think? Did Cindi Berger get fired, or did she quit working for Mariah Carey of her own volition? Let us know your thoughts in the comments below.