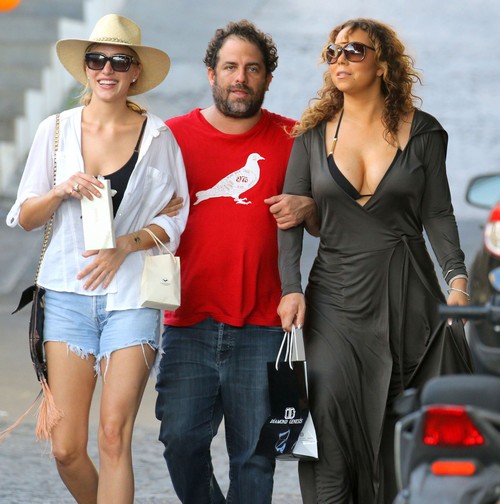 International Superstar Mariah Carey will be enjoying a Las Vegas residency at The Colosseum at Caesars Palace and fans are excited! Legendary diva, Mariah Carey, has been known as one of the greatest voices of all time. Mariah Carey’s sultry tone, catchy songs, ability to create Christmas classics, and 5 octave range, have earned Carey “legendary” status amongst the music industry.

The international songbird will now turn the page and begin in a new chapter in her career. For the first time in her life, Mariah Carey will take her residency in Las Vegas. After winning five Grammy awards, and solidifying 18 number one singles on Billboard’s Hot 100 chart, Carey will take on her next challenge.

Mariah will be at The Colosseum at Caesars Palace performing the songs that made her famous such as “Hero,” “Vision of Love,” “Touch My Body,” and the countless other hits that have allowed her to sell over 200 million records. The show will be called “Mariah Carey’s #1’s.”

With such an expansive career and an immense amount of success it’s only right that the Mariah Carey take the stage in The Entertainment Capital of the World. Mariah has spent her life recording music, traveling, performing, and meeting fans. Now she will be able to stay in one place, and let the fans come to her. Mariah says, “Las Vegas will allow me to showcase my mu sic in a way it’s never been presented before.”

Mariah Carey has struggled with her voice recently, so it will be interesting to see where her residency in Vegas will take her. Many fans are hoping for this to be her return to stardom, as she did back in 2005. Others still are worried that her voice is not what it used to be, and they are afraid that she will not sound as she did in her prime.

Regardless of your opinion, Mariah Carey has the sales and credibility to back her up as one of the most respected and talented artists of our time. That alone should be enough to draw in a crowd to see her in Las Vegas. Her residency begins on May 6, and ends on July 26. If you plan on going let us know in the comment section below, and tell us your favorite Mariah Carey song.