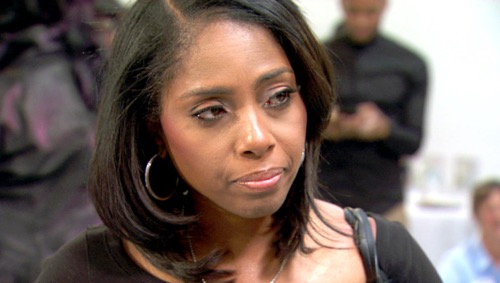 Tonight on Bravo, Married to Medicine returns with an all new Sunday, August 23 season 3 episode 11 called, “Boys on the Side?.” We’ve got you recap down below! On tonight’s episode,as Toya Bush-Harris looks for locations for her husband’s medical concierge business, she is at odds with him on where to break ground. Meanwhile, Dr. Heavenly’s daughter interns for Lisa Nicole Cloud and designs a dress for her mother’s upcoming app release party.

On the last episode, determined to show that she’s more than a housewife, Toya followed through with her plan to market her husband’s business. With her eyes set on bigger and better things, Quad had her first pop-up shop to bring Picture Perfect Pup front and center. Meanwhile, Toya revealed a rumor she heard which left Simone in tears. Did you watch the last episode? If you missed it we have full and detailed recap, right here for you.

On tonight’s episode per the Bravo synopsis “as Toya looks for locations for her husband’s medical concierge business, she is at odds with him on where to break ground. Meanwhile, Dr. Heavenly’s daughter interns for Lisa Nicole and designs a dress for her mother’s upcoming app release party. At Dr. Jackie’s fitness event, staying in shape is far from everyone’s mind when Lisa Nicole accuses Quad of publicly questioning her husband’s sexuality.”

Tonight is going to be another great episode of Married to Medicine and you know there will be laughter, drama, and, of course, “shade.” Tune in at 9pm EST when we’ll be recapping it right here for you but in the meantime, hit up the comments and let us know how excited you are by season 3 of Married to Medicine so far.

The latest piece of gossip has been making the rounds since last week and on tonight’s episode of “Married to Medicine” it led to a confrontation between Quad and Lisa Nicole.

Do you remember Quad’s pop-up event? It was for her doggy couture line and it just so happened to be the party where someone went up to Quad confessed to be sleeping with Lisa Nicole’s husband. Yeah, well, that’s the thing that got up and eventually worked its way back to Lisa Nicole’s ears. And so Lisa told her husband from the start that she’s not going to be anymore of this lying down

Lisa has already let go of most of her staff at her house because there was a leak. Some confidentially information had gotten out and Lisa had only learned of this after Quad had attempted to use it against her. Thus Lisa Nicole followed up her confrontation with Quad by doing a cleanse at the office. And now her staff have been chosen based on their loyalty.

So, as you can see, Lisa is pretty serious about quashing things between her and Quad. And she stopped the other woman from ever possibly getting more ammo from her inner circle.

But to be now hit by such a nasty rumor, she feels like she has to come out and make a statement towards Quad. You know just to finish things. And unfortunately she chose to do this at the only event they had both been invited to – Jackie’s fitness event.

Jackie has been focusing on getting everyone healthy and at first it was simply the wives. Yet, after a while, the husbands signed up as well. And that meant everyone was going to be at the event. So a fight was bound to be in front of a crowd.

And that wasn’t fair to Jackie but that’s her friends for her.

The other ladies kept the drama away from the event but not Lisa Nicole and Quad. Toya and her husband have recently begun arguing about working together. And so in a fit of anger she told him “fine” right before she quit being his rep.

So once they had both cooled down and Eugene had stopped questioning whether or not she can follow any project through – he asked her about the job. The same job that Toya had fought for and had already begun working on. And as their working relationship remains up in the air – Eugene had the good sense not to go to Jackie’s event.

Though, according to his wife, he probably needed the hypnotherapy the most.

And that’s another thing. The event involved hypnotherapy in which the ladies got put into a trance and while the doctor tried to talk them out of feeling hungry. So it didn’t necessarily mattered whether such a thing would have appealed to a person directly. Just watching the ladies get put under had Simone’s husband laughing it up.

But the whole thing came crashing down when Lisa Nicole told the ladies about the rumors and how she felt Quad was behind it. And though Toya believed Quad would never stoop so low, she called over Quad to come and say a few things in her own defense.

Quad took Toya’s interference as the other woman being tacky. Yet, funnily enough, Quad did have a lot to answer for. Because, although she denied knowing the man that originally told her about his affair with Darren, Lisa Nicole was able to find pictures of the two hanging out. And she was also able to trace this guy back to one of her now ex-employees.

So, in all fairness, it does look like a set-up.

Only Quad kept denying it all. And Darren, frankly, just wanted to move on from this. Thus Jackie managed to step in before things could get even worse and she split up the two warring wives that had essentially ruined her event.

Both ladies later apologized but that doesn’t actually change what happened. And they made Jackie feel like she had wasted her time putting something together. Especially when no one is going to appreciate it now that the argument is all anyone is going to remember.