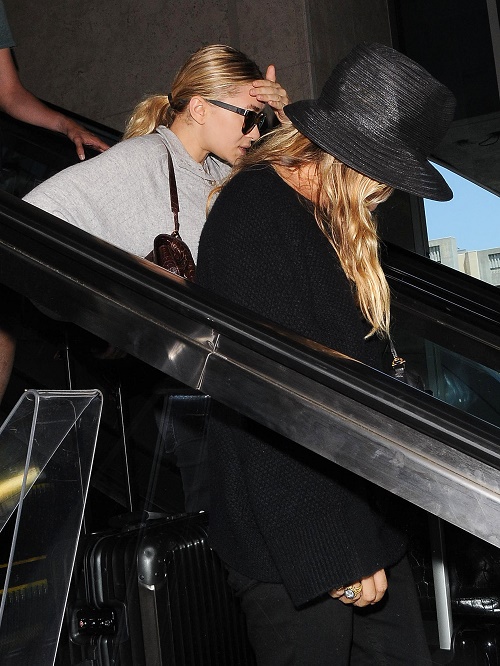 Full House fans, Mary-Kate Olsen and Ashley Olsen will return to the Netflix-based sequel, Fuller House! After weeks of John Stamos confirming the much anticipated Full house reboot, and much speculation about which cast members would return, a source has revealed to Life & Style that Mary-Kate and Ashley Olsen have made their decision, and they plan on returning to the series and reprising their shared role as the beloved Michelle Tanner.

The inside source who is close to the two stars tells the publication, “They figured it would be a good break from their usual work routine to go and join their old cast members.”

As you may or may not know, Ashley Olsen is in a current battle with Lyme disease, and according to the source, it is making things a little bit difficult for the actress turned fashion designer, but she is persevering.

“Ashley’s really still struggling. But she’s been trying to get on a health kick by going to the gym and taking better care of herself.”

When Mary-Kate and Ashley Olsen were babies the two looked almost identical, and so the directors of Full House would swap them out for various scenes. The Olsen twins have grown up quite a bit since then, and it is easier to tell them apart. That being said, we are curious to see how they will both fit in to Fuller House, and if, perhaps, the show will acknowledge them as two separate people, or continue to swap them out.

The source confirmed that they both will be a part of the reboot. “They are both going to join in the reunion in some capacity.”

Fuller House is set to debut on Netflix in 2016, and John Stamos will serve as one of the producers of the highly anticipated series. There appeared to be some tension in the air when past cast members were in talks to reprise their roles, and perhaps even a feud developing between the twins and John, so do you think John Stamos and everyone has put the squabble behind them? Their presence is sure to draw in countless fans, as the twins haven’t undergone any acting projects in years.

Will you be watching when the show debuts? How do you think they will incorporate both Mary-Kate and Ashley Olsen in Fuller House? Let us know in the comments below.