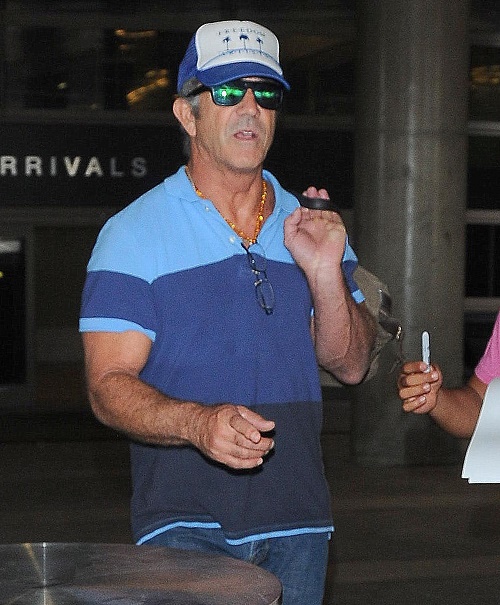 Mel Gibson has a new girlfriend, and he has been trying to keep his relationship with the young 24 year old a secret. So, who is the lucky lady, or maybe not so lucky lady because, after all, it is Mel Gibson? Apparently, Mel Gibson’s new girlfriend is a screenwriter that was hired to work at his production company on a new script. Her name is Rosalind Ross.

The July 20 edition of Star Magazine reveals, “The 59 year old actor has been quietly romancing former world champion equestrian vaulter Rosalind Ross for the past few months. Sources say Mel was first introduced to Rosey when she signed on to co-write a feature script for his company Icon Productions.”

Now, we all know Mel Gibson doesn’t exactly have the greatest track record when it comes to his romantic life, and the actor is supposedly “taking it slow” with his new girlfriend. But, according to Star, he whisked Rosalind away for a 10 day long vacation to Costa Rica in Central America. Call us crazy – but romantic vacations to Costa Rica for 10 days doesn’t exactly sound like “taking it slow,” but hey to each their own.

According to Star Magazine’s inside sources, “They started their romantic getaway in Costa Rica, hiding out in Playa Barrigona, where he owns a 500 acre tropical sanctuary in the middle of the jungle, before heading to Panama. It is clear the couple are really happy together.” Well, obviously! Who wouldn’t be happy with their new boyfriend if he owned half of a Costa Rican jungle?

We’re trying to give Mel Gibson and Rosalind Ross the benefit of the doubt. Maybe they will live happily ever after? But, considering the fact that Mel is old enough to be her grandfather, that’s probably not very likely. DO you think Mel and Rosalind are going to last? Or do you see a messy break-up in the near future? Let us know what you think in the comments below!