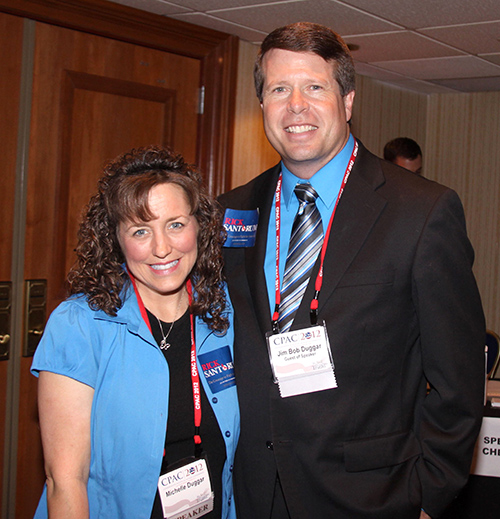 Michelle Duggar and Jim Bob Duggar may have baby plans! Did the elder Duggars disown and banish Josh Duggar in a desperate attempt to adopt a child? The Duggars don’t have enough children? The couple has 19 and wants more kids? Michelle is a bit past the child-bearing years, but Michelle and Jim Bob brought up the possibility of adopting on “19 Kids and Counting.” Are the Duggars serious?

JB and Michelle haven’t really experienced any legal trouble of their own. In early 2015, the Department of Human Services did investigate the family for reasons that were not revealed. No wrongdoing was found and the case was closed. But, could Josh still be a factor in whether or not the Duggars would be good candidates for adoption?

A source revealed to Life & Style that the Duggars wouldn’t let anything stand in the way of adding a new member to the family. “They’re a desperate family who want to stay in the spotlight,” the insider divulged. And if that means if Jim Bob has to send Josh Duggar, daughter-in-law Anna Duggar and their four children away, well, Jim Bob Duggar just may do that.

An insider revealed that Michelle Duggar – mother of 19 and grandmother of six – has dreamed of adopting a baby or two – preferably siblings. “Michelle doesn’t care if they adopt a boy or a girl, or what ethnicity the child is. [Michelle] says she just wants to help a child’s life. But another source close to the Duggar said, “I’m skeptical of anything the Duggars do at this point.”

What lengths will Jim Bob Duggar and Michelle Duggar go to in order to facilitate adopting a child? Would the couple buy off Josh Duggar and Anna Duggar? Jim Bob has the resources to relocate his son, daughter-in-law and the couple’s four children anywhere they want to go. But if Jim Bob were to do that, would Michelle ever get to see her grandchildren again?