Miley Cyrus Planning To Marry Girlfriend Stella Maxwell: Are They In Love Or Is Her Lesbian Relationship All A Publicity Stunt? 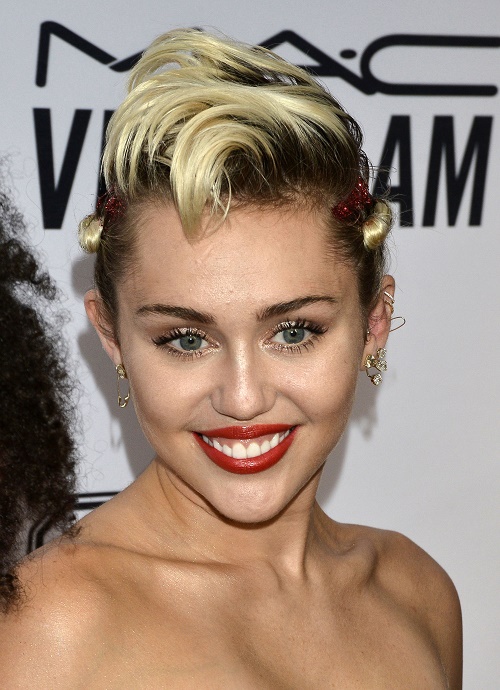 Is Miley Cyrus going to marry her new girlfriend Stella Maxwell? This isn’t the first time rumors have popped up over the years that Miley Cyrus is getting married – but it is definitely the first time that we have heard she is marrying a woman! The recent Supreme Court ruling legalizing gay marriage in all 50 states has inspired a lot of gay celebrity couples to consider having a wedding and getting married – and, apparently, Stella and Miley are among them.

Miley Cyrus has always been a huge advocate for the LGBT community and gay rights, even before she stepped out for PDA sessions with her girlfriend Stella Maxwell, a British Victoria’s Secret model. According to a new report in this week’s Life & Style Magazine, Miley wants to marry Stella! An insider dished to Life & Style Magazine, “Miley’s told friends that Stella is the one. And she wants to make a huge statement with an over-the-top wedding in the fall!” Here’s to hoping Miley reenacts her Bangerz tour and rides down the aisle on a hotdog – that would be a huge statement!

Ironically, Miley has been under some major scrutiny since she began dating Stella Maxwell. A lot of her fans seem to think that it is all a publicity stunt because Miley is desperate for attention. Marrying Stella in an over the top wedding would definitely prove her doubters wrong. But, regardless of whether it is a man or a woman waiting for Miley at the end of the aisle, I think we can all agree that the popstar is rushing things a bit. After all, she just broke up with her ex Patrick Schwarzenegger in April 2015.

Do you guys think that Miley will really marry Stella Maxwell? Is she in love or does she just like the attention that she has received since dating a woman? Let us know what you think in the comments below!