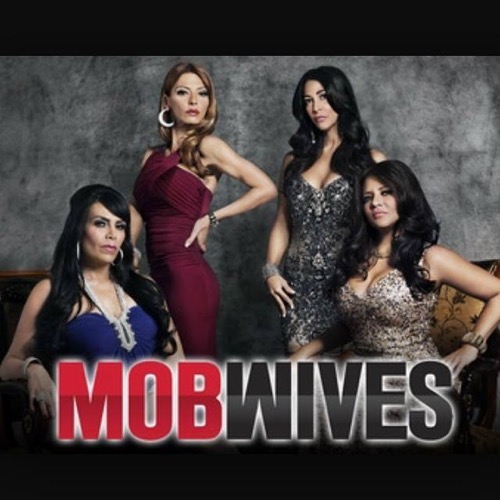 Tonight on VH1 their docu-soap series Mob Wives continues with an all new Wednesday February 11, season 5 episode 9 called “Forgive and Fuggedaboutit,” and we have your weekly recap below. On tonight’s episode, Drita gets ready for a family vacation as she plays mediator between enemies.

On the last episode the feud between Karen and Natalie continued; Renee learned that her ex-husband was sentenced. Did you watch the last episode? If you missed it, we have a full and detailed recap right here for you.

On tonight’s episode as per the VH1 synopsis, “Drita gets ready for a family vacation as she plays mediator between enemies. Meanwhile, Karen faces issues involving her ex, and Ang plans a Thanksgiving dinner, hoping to bring Renee and Natalie together.”

Tonight’s episode is going to be another drama packed one, which you won’t want to miss. So be sure to tune in for our live coverage of VH1′s Mob Wives season 5 episode 9 at 10 PM EST! While you wait for our recap, hit the comments and let us know how excited you are about the new episode of Mob Wives tonight.

Now that her ex-husband has been sentenced for 11 years, Renee has been free of worry and has even started to enjoy herself. And why shouldn’t she? Her business is going well and she’s also expanded into jewelry. So, with all these good things happening, Renee has decided to host an event in honor of her work.

All her friends are going to be invited and the only person that will be missing out is Natalie. Sadly, despite her text message, Renee still hasn’t forgiven Natalie or feels the need to reach out.

So Big Ang is stepping up to the plate. She’s going to host a Friends’ Thanksgiving dinner and she’s inviting all the girls to come. No exclusions! And Ang wants to use the dinner as a way to get everyone hoefully on the same page.

She had already told Natalie about what the other Natalie had been saying about her. So Ang is expecting Drita and Natalie to at least have amends by time the dinner rolls round. And for the only problems to crop up to be between Natalie and Renee.

And she was right. Because Drita did in fact let go of some of her anger after she had talked to Natalie. Plus they were able to sympathize over their similar situations.

Before Drita and the rest of the girls were friends, they used to all gang up on her like they’re now doing with Natalie. So she’s been where Natalie is and she’s also knows what advice to offer. Drita told Natalie that she had to stop meeting people tic for tac. If she wants to get on good terms with everyone then Drita says she has to agree to disagree.

Luckily for her, Ang’s dinner is the best place for Natalie to try this out. Once Karen hears Natalie is going to be there then she’s most likely going to drop out of the dinner. And then it will just be Natalie and Renee.

The bottom line is no one wants these fights to continue. Or for blood to spill like it did the last time. After all they do have other relationships to focus on and they don’t want drama between their friends getting in the way of that.

Recently, Drita’s has scheduled a fun vacation for her and her family. Her husband has wrapped up his parole and that means they can finally leave the state. Something they hadn’t done since their honeymoon.

So Drita is pretty excited about this trip and she doesn’t want anything back home to ruin it. Meanwhile Karen is actually starting up a new business. It seems she wants to go into owning a pot distillery and so she too doesn’t want to be bothered by the likes of Natalie. Not when a owning a distillery with her last name is an uphill battle.

Hence, when everyone arrived at Renee’s event, they decided to talk to Renee about Natalie while she was in a good mood. Drita and Ang asked her to end things and she told them she would so under two conditions. She wanted Natalie to apologize and she wanted to check with Karen first.

And, thankfully, Karen didn’t have a problem with Renee possibly hanging out with Natalie. She says she knows Renee would never turn on her so the dinner won’t be a big deal.

As for the rest of the event, everyone was pretty much having a good time until Carla showed. Carla and Renee are back on speaking terms and that actually came as a shock to a few of them. If the feud between Renee and Natalie is considered bad then what Renee and Carla hard was war.

Yet Renee didn’t seem to have a problem with Carla anymore. And funnily enough Drita ended up leaving the event early just to escape Carla.

So the ladies will eventually get around to those two. In the meantime though they were going to first deal with Renee and Natalie. And the dinner at Ang wasn’t all that bad.

Natalie had apologized to Renee and so with her doing that – Renee then asked Natalie if she would talk to Karen.

Natalie refused to do that so right now they the only thing they have is an established line of respect. No more trading insults but they’re not friends!