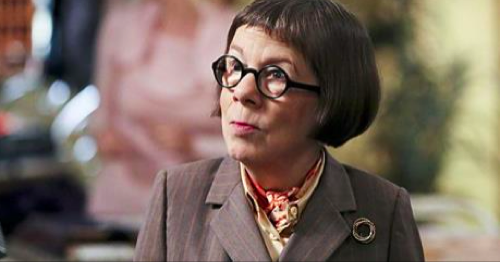 Tonight on CBS NCIS Los Angeles returns with an all new Monday November 16, season 7 episode 8 called, “Defectors” and we have your weekly recap below. On tonight’s episode, the team searches for a missing teenage girl.

On the last episode, Kensi and Deeks went undercover as cult members to rescue a former Department of Defense employee brainwashed into revealing classified information, as the rest of the team worked to prevent the cult from selling government secrets. Did you watch the last episode? If you missed it, we have a full and detailed recap right here for you.

On tonight’s episode as per the CBS synopsis, “the team searches for a missing teenage girl who is feared to have been recruited by a terrorist organization.”

Tonight’s episode looks like it is going to be great and you won’t want to miss it, so be sure to tune in for our live coverage of CBS’s NCIS: Los Angeles at 10:00 PM EST! While you wait for our recap hit the comments and let us know how excited you are for the season 7 episode 8.

Remember Jada Khaled? Well, she was once known as the sister of an infamous warlord in Sudan but that had all changed when she had later been convinced by Sam personally (as well intimately) into betraying her brother. So she had eventually gone against everything she had believed in order to start over fresh in the US. And all she had do in exchange was testify against her brother.

But unfortunately on tonight’s episode of “NCIS: LA” someone clearly wanted to stop her before she could actually testify against said brother.

Jada’s transport vehicle had been hit by some of the Molina cartel’s men and their efforts to kidnap her that day had done more than enough to convince her to run. So that’s what she ended up doing. Jada ran before he personal detail could stop her and the case of finding her before the cartel did had suddenly been dropped in the NCIS’s lap.

So once again a case has somehow become personal for the NCIS unit based out of LA. For it looks like Sam had never fully forgiven himself for essentially tricking Jada into falling in love him while he had secretly been spying on her brother. And that guilt of his had only gotten worse when he found out that Jada had then ran on top of everything else.

However neither Granger nor Hetty particularly trusted Sam to be out in the field. So he was held back to interrogate a man they had found at the initial crime scene involving Jada’s transport. A man named Diego Salazar. And his partner was given Deeks as a substitute.

Now Deeks and Callen were supposed to check out the scene for themselves and try to get a feel about where Jada would run seeing as she didn’t really know anyone in the city. And they began to look at US Marshall Drew Groller. Groller had admitted to becoming personal attached to Jada’s case and from all accounts it seemed like they had been good friends.

Therefore if Jada was going to call anyone then Sam and Deeks were betting it would be Groller. Yet Groller didn’t appear as if he wanted to help NCIS with their investigation. If anything he actually came across as hostile towards them.

And it was that betrayal that hurt Jada more than anything her brother could do.

But Jada’s brother Tahir had been the one behind the attack on her vehicle. Deeks and Callen had later tracked Groller to a meeting with a man named Wayne Morris. So they looked into Morris and they found out that he funneled money for known organizations including both Tahir’s as well as the Molina cartel.

So a connection had been made between the men that went after Jada and her brother. However Morris had later confessed that it wasn’t Tahir’s plan to hurt his sister. He claimed the other man merely wanted Jada returned to him so that he could have her back in his life. You know as the sister he adored.

And that was just a story that no one was buying. Yet, while Deeks and Sam were getting that information, Kensi and Agent Talia from the DEA were going through Molina’s organization in order to find the heir to the empire. Apparently no one had gotten a good look of Alex Molina since he was thirteen and they figured he would know the real reason why Tahir asked for his sister’s return.

Which he did but, unbeknownst to Sam, the man he had been interrogating had not been Diego Salazar. It had been Alex Molina. And Molina had let himself get captured as a way to delay the NCIS for as long as possible.

See, the plan was for him to keep Sam busy because he had known going in who Sam had been to Jada while Morris talked Groller into believing that his friend Jada would be safe if she were to go home to Sudan. And sadly the plan worked. Jada had honestly come to trust (thanks to Morris and her friend Groller) that her brother was willing to welcome her with open arms.

And by time Sam tried to reach out, it had already been too late. She no longer believed in his promises and he had been physically too far away to stop her from boarding her plane.

So she got on her plane and by now everyone figured her brother has killed her.