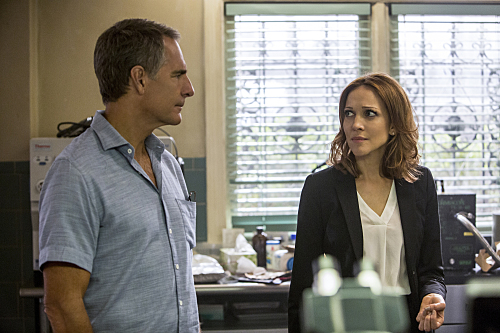 Tonight on CBS NCIS: New Orleans returns with an all new Tuesday October 20, season 2 episode 5 called, “Foreign Affairs,” and we have your weekly recap below. On tonight’s episode, an Australian Royal Navy lieutenant who was key to international negotiations on nuclear weapons is murdered in New Orleans.

On the last episode The NCIS team had to determine why a murdered Navy drone pilot was using a black market drone to obtain military surveillance, and whether the drone’s footage was linked to his death. Did you watch the last episode? If you missed it, we have a full and detailed recap right here for you.

On tonight’s episode as per the CBS synopsis, “Special Agent Pride is sent a partner from the Australian Defence Force Investigation Service, Special Agent Naomi Parsons (Kate Beahan), after an Australian Royal Navy Lieutenant, who was key to international negotiations on nuclear weapons, is murdered in New Orleans.”

Tonight’s episode looks like it is going to be great and you won’t want to miss it, so be sure to tune in for our live coverage of CBS’s NCIS: New Orleans at 9:00 PM EST! While you wait for our recap hit the comments and let us know how excited you are about the season 2 episode 5.

The Australian Royal Navy Lieutenant Lachlan Colston was murdered on U.S. soil and that’s a problem for the US government. It seems Colston was considered to be a linchpin in a new nuclear weapons deal involving the Cocos Island and without him that deal might very fall through. So on tonight’s episode of “NCIS: New Orleans” the team was forced into working with Special Investigator Naomi Parsons from the R.A.N.

The Australian investigator was capable and there was doubts about it. She had impressed everyone with her extensive research that she had done the team in the short amount of time she had to prepare. However she turned out be something of a bully. As in she came in and just expected things to be done her way. At the very moment she demanded it. So Pride had to have a little discussion with her about southern hospitality. He was willing to treat her as cordial guest but she also had to remember that she was guest.

So she was told to stop treating someone else’s house as her own.

Their wonderful medical examiner had finished with the autopsy and Pride had allowed Parsons to go with him to hear the results. But there they had found out their victim was stabbed to death and was maimed in an unusual manner. Meaning someone hadn’t just set out to kill Colston. The killer had taken a trophy as well.

Colston’s right index finger was revealed to be missing. At first Loretta had expected that the finger had simply dropped off because someone had lit Colston’s body on fire after he was murder. Though it turns out he wasn’t the only victim matching that certain MO. There had three other murders since 2013 where someone was stabbed to death with the same type of weapon and had their finger cut off. And in all of those cases, it had liked a murder for hire. So that’s what the team realized they were dealing in terms of Colston.

Yet the team thought they could simply lure their killer by “hiring” him off the dark web. And that’s where Plame in. It took him a few hours but eventually he hired the hit man and all the other guys had to do was wait to make their move.

They set up a park location to drop off the money and, when someone picked the money up, Parsons moved in too fast. She took the man she believed was the killer down and it turns out he was hired to pick up the money for someone else. Leaving the real guy to watch the entire scene and make a run for it when the feds revealed themselves.

So Parsons made a mistake that could have cost them from tracking down their killer. But thanks to the man he paid to do the cash transaction, NCIS did locate their killer’s warehouse and what they found at the site were a bunch of pictures of Lt. Brad Ryder. Ryder being the man that had traded places with Colston.

Colston had taken part in a naval exchange sort of program. He came to the states and lived in Ryder’s home and Ryder went to Autralia. Therefore the team believed that Colston could have been murdered by accident. The hit-man could have been looking for Ryder and accidentally came across Colston.

However Ryder was largely in debt so Parsons came up with her own theory. She thought Ryder put out the hit on Colston so that the people he owes money to would believe he was dead. And acting on that theory, Parsons called her government and had Ryder immediately detained.

Which hampered Pride’s investigation in the U.S. so he benched her. He told Parsons that she had used up her goodwill and he had his people continue on without her. And funnily enough they found their hit man. He had been murdered right before they arrived but that at least proved Ryder was innocent.

Apparently someone had stolen his credit cards and was using his identity to rack up debt so Ryder was actually another victim in all of this. And Parsons was forced to apologize for her actions. She was too quick to presume and she had gone over Pride’s head. So it was until she had eaten piece of humble pie that she was allowed back onto the case.

At that very second, they knew they had a killer who hired a hit man to kill Colston and blame the whole things on Ryder but they hadn’t understood why.

So that’s when Ryder’s girlfriend Cheryl reentered the picture. Cheryl had claimed that she had never met Colston but their hit-man had pictures of the two together. And they were obviously hooking up at the time.

Plus Cheryl said she didn’t want to remember anyway. It seems she thinks she’s cursed because none of her relationship have worked out. But she wasn’t cursed. She merely had a stalker that had remove every man he viewed as rival.

So the team took care of Cheryl’s bandmate and it looks like she’s now free to date whoever she likes. And speaking of dating, Pride and Parson might have some chemsirty worth pursuing.

His daughter told her to call if she’s ever back in town.