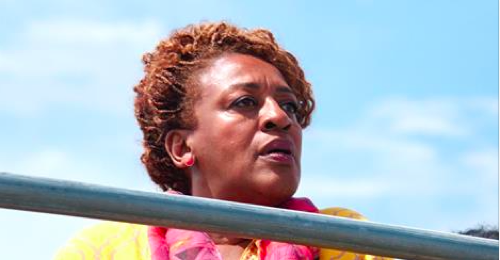 Tonight on CBS NCIS: New Orleans returns with an all new Tuesday October 6, season 2 episode 3 called, “Touched by the Sun,” and we have your weekly recap below. On tonight’s episode, the team must determine if human error or technical malfunction led to the death of a combat pilot.

On the last episode after a military convoy was bombed on a New Orleans bridge, Pride and the team planned a dangerous undercover operation to retrieved a stolen missile and prevent an attack on a U.S. Naval ship. Did you watch the last episode? If you missed it, we have a full and detailed recap right here for you.

On tonight’s episode as per the CBS synopsis, “the team must determine if human error or technical malfunction led to the death of a combat pilot who crashed in a high-tech jet that had just been approved to be deployed to military bases on a global scale.”

Tonight’s episode looks like it is going to be great and you won’t want to miss it, so be sure to tune in for our live coverage of CBS’s NCIS: New Orleans at 10:00 PM EST! While you wait for our recap hit the comments and let us know how excited you are about the season 2 episode 3.

Lieutenant Lindsay Garrett was considered one of the Navy’s Finest. She was a decorated officer and more importantly she was considered good press. She was young, she was pretty, and she was able. Yet during a routine airshow both her career and her life came to a screeching halt for no apparent reason.

Garrett’s plane had crashed and, because it was such a horrific spectacle, Madame Secretary was asked to take control of the situation. She needed Pride and his team to determine what actually happened up in the cockpit. Did Garrett make a mistake or was it a technical error? And finding out about those things were imperative.

Garrett was test-driving a new plane. The same kind of plane that Madame Secretary was currently in charge of implementing into the US Military. So she needed to a find a story to tell the press and, upon looking at the situation, it first looked like Garrett had been the one at fault.

The only time the plane lost control was when someone manually moved a certain lever located inside the cockpit. So there was a question of why Garrett didn’t try to eject herself from the plane. Was she crash possibly the result of a burned-out pilot?

However, that wasn’t a scenario anyone wanted to believe. Garrett had been too much of a symbol for her career to suddenly be tarnished by her last act.

Thus NCIS continued to look into Garrett and they had Loretta perform an autopsy. See, Loretta was one of the people that had been tracking Garrett’s career so that particular job of finding out what happened to her was very important to the resident coroner. And she didn’t actually give up until she found something.

Loretta found that Garrett had been covered in bruises. Almost as if someone had been hurting her or she was possibly doing it to herself. And, to make it worse, she also found that there had been toxins in Garrett’s bloodstream. So Loretta told Pride that she believed someone had drugged Garrett.

However, an investigation into Garrett’s extracurricular activities showed a secret cabin that no one knew about and that she would visit twice every month. Now the guys went out to the cabin and – who did they find – Garrett’s father. He claimed to have only recently found out about the cabin as well. But his first after seeing all the needles lying around was to hide them. He later stated that he didn’t want his daughter’s legacy to end like that.

Although, as it turns out, he had no reason to worry. Despite the needles and the toxins, Garrett wasn’t abusing drugs. She was simply taking fertility treatment in order to fix her low egg count. And the treatment has been known to cause dizziness and even impaired vision.

And so Madame Secretary was going to have to officially write off the crash as pilot error. She told Pride that she didn’t want but that if she backed down then she would look soft. And a woman in power can’t afford to look weak.

So though it was unfair, that was going to be it for Garrett’s legacy. She saved countless lives and was considered a modern day hero. Yet no one was going to remember that part if the fertility treatments were blamed. Instead, some were going to use that as an excuse to why women shouldn’t be allowed to fly into combat.

And that was something Loretta refused to let happen. She was back at the lab when she got an idea about why Garrett needed the fertility treatments to begin with.

There was no record of infertility on either of Garrett’s parents’ side. So why was she the anomaly? Well, Loretta looked into that and it finally dawned on her that Garrett suffering from the effects of her treatment. She was suffering mercury poisoning.

And she could have only gotten exposure like that from the plane. Thus the team had to race to the airfield and stop her stand-in from getting in the plane. However, Lieutenant Franco knew what he was doing when he decided to fly one of the new aircrafts.

In fact, he was willing to risk his life to prove that Garrett hadn’t been at fault for the crash. Apparently he had guessed about the plane and if two airmen died because of it – the military would have to shut down production.

And though fortunately he didn’t die, Franco did prove the plane was faulty. NCIS had found him passed out in the cockpit before he could even take flight.

It seems the air they were breathing in had been compromised. It was full of mercury and the people behind the production of the planes also knew there was something wrong with it. Thus they only later confessed, after else had come out, to cutting cost by leaving a few things out in their final product. And so justice was done when Madame Secretary tool away their military contract.

And as for Garrett, ultimately her death stopped thousands of pilots from getting into a potential death chamber.

And her father was happy about that being her legacy.