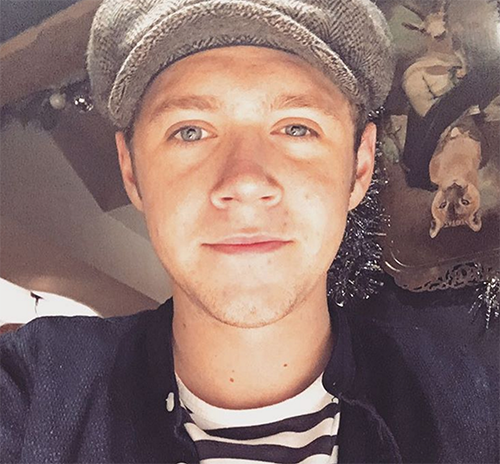 Selena Gomez is wearing one of Niall Horan’s old t-shirts to bed every night? Justin Bieber reportedly found out Horan presented Gomez with this intimate gift and is livid. Has the Biebs demanded that SelGo call it quits with Niall?

Confused already? In case you missed it – Niall and Selena have reportedly been dating. At first SelGo and Niall were keeping it casual. Justin wasn’t really okay with the friendship-relationship, but figured whatever was going on between best bud Niall and ex-girlfriend Selena wouldn’t last long.

But whispers started that Horan and Gomez’s relationship was going from casual to serious. Friends disclosed that Niall and Selena’s holiday plans forced the new couple to be apart for Christmas. The Irish Mirror reported that Horan presented SelGo with one of his cherished white t-shirts – doused with his favorite cologne – as a Christmas gift.

Why did Horan give Gomez a cologne-soaked t-shirt for Christmas? Sources say that Selena loves the way Niall smells – and wore the darn thing to bed every night. Guess it made SelGo feel a little less lonely while Horan was hanging out in a few pubs with old friends back home in Ireland.

Insiders revealed that Justin somehow found out about Selena sleeping in Niall’s nice smelling white “T” and had a fit. The Biebs “is furious with Niall for going behind his back and stealing Selena from him,” an insider divulged. The buzz is that Justin wants to confront good buddy Niall – and has sent a few text messages to Horan about the “Selena situation.”

But friends say Niall isn’t responding and that’s because SelGo told her new guy to steer clear of Justin. Those in the know say that the “Sorry” singer wants a face-to-face serious discussion with Niall. Justin Bieber apparently won’t stop until Niall Horan and Selena Gomez break-up for good.

During an innocent little game of “Sleep With, Marry, Cruise” Niall did say that SelGo was his “Marry” choice! Now Selena Gomez is using Niall Horan’s cologne drenched “T” as pajamas – allegedly. Why does Justin Bieber care who SelGo is dating or what the “Same Old Love” singer is sleeping in? Isn’t Kourtney Kardashian the Biebs new bedmate?