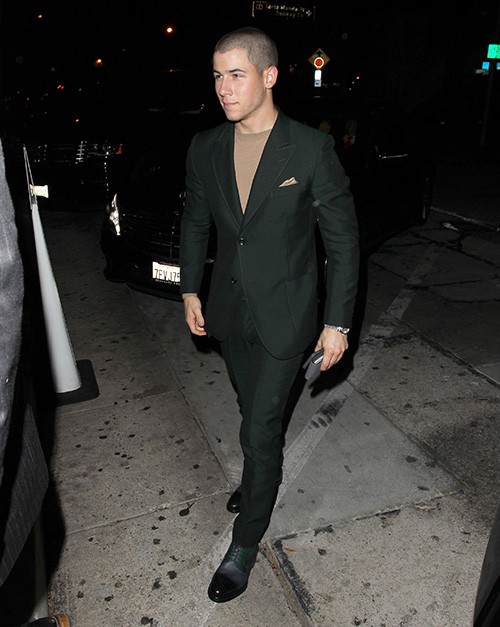 Nick Jonas just confirmed he is dating Kate Hudson – sorta. Earlier this week, dating rumors hit the internet after Nick Jonas and Kate Hudson were spotted together in Florida on three different dates in one weekend. Obviously, the new couple raised a few eyebrows seeing as how the “Chains” singer is only 23 years old, and Hudson is 13 years older than him.

Earlier this month Jonas was reportedly dating Selena Gomez, and fans can’t help but wonder what SelGo did that inspired him to tuck his tail behind his legs and go running into the arms of a woman that is over a decade older than him.

Nick Jonas sat down with a Maryland radio station for an interview on October 2, and one of the first questions they asked the singer was whether or not the rumors were true and he was dating Kate Hudson. Nick didn’t exactly deny his new relationship, as a matter of fact he all but confirmed it.

Jonas dished, “I keep some things to myself,” the “Levels” singer said. “It’s a strange place where a little thing can turn into a lot, but it’s about how much of that you kind of want in your world and just living your life and knowing that people will have their opinion!” It’s safe to say that if Kate and Nick’s relationship was strictly platonic, he would have just said so, rather than beat around the bush and “keep things to himself.”

Selena Gomez seems to be leaving a path of dating destruction everywhere she goes this summer. Justin Bieber was reportedly furious after Selena squashed their umpteenth reconciliation to hang out with Orlando Bloom. Then, there was that whole using Zedd to promote her single.

Amongst the nearly dozen guys that Selena has been linked to over the course of the last few months – Nick Jonas was rotated through as well. We’re not sure exactly what went down between Nick and Selena, but you have to admit is it ironic that days after they were supposedly dating, he started hooking up with a woman 13 years older than him.

What do you guys think, do Nick and Kate make a cute couple? Did Selena break Nick’s heart, so he turned to Hudson for comfort? Is she just a rebound? Let us know what you think in the comments below!