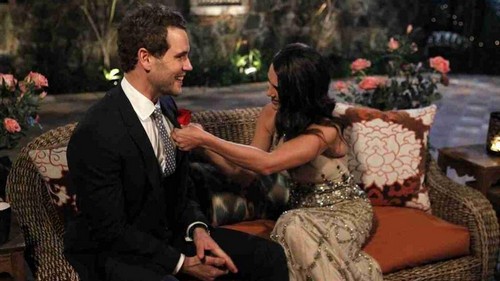 The Bachelorette Kaitlyn Bristowe is supposedly busy planning her wedding to Shawn Booth (the jury is still out on whether or not they will actually get married), but her runner-up Nick Viall isn’t the least bit upset. In fact, he realizes now that he dodged a bullet – and in an exclusive interview with Life & Style Magazine Viall reveals that Kaitlyn has changed since she hooked up with her new fiancé Shawn Booth, and not for the better.

Nick Viall doesn’t have a whole lot of fans since his stints on The Bachelorettes, but even extreme Nick haters felt a twinge of empathy for him after Kaitlyn cold-heartedly dumped him during the Season 11 finale. Kaitlyn actually let Nick go as far as pick out an engagement ring and propose to her on national television before she dumped him and announced she was going to marry Shawn Booth. Then, she didn’t even have the consideration to apologize to him after the fact, instead she and Shawn Booth cracked jokes about the brutal dumping.

Nick explained to Life & Style Magazine, “I think it showed a lack of sincerity on her part. It’s disappointing. You would hope that Kaitlyn would rub off on Shawn, but it seems like it might be more the latter.” Nick went on to reveal that the jealous and angry Shawn Booth we saw on The Bachelorette was the real deal, and not a product of creative editing on the producers’ part. Nick added, “I think he was accurately portrayed, how he handles difficult situations and not getting his way. I really don’t know anything about their relationship and how healthy it is right now. I’m just focused on moving forward with my own life.”

As devastating as it was for Nick to be dumped the way he was, it sound like it may have been for the best. Kaitlyn obviously isn’t the woman that he thought he was falling in love with. Do you think that Kaitlyn was unnecessarily cruel to Nick Viall? DO you believe that Shawn Booth is jealous and has a temper? Let us know what you think in the comments below!