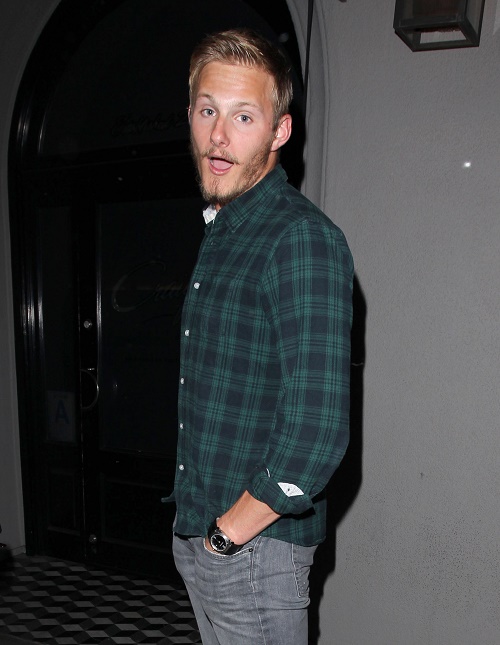 Nina Dobrev has officially quit The Vampire Diaries and is ready to close the door on her ex Ian Somerhalder and his new fiancée Nikki Reed. Nina partied at Coachella to celebrate quitting the CW show after six long seasons, and has been reportedly spending some time with a secret boyfriend. After doing some digging, insiders say that Nina’s new “secret boyfriend” is none other than her The Final Girls co-star Alexander Ludwig.

During 2014, when Nina Dobrev and Alexander Ludwig were filming The Final Girls, rumors ran rampant that the two were hooking up and much more than “just friends.” However, Nina was still caught up in a messy love-triangle with her ex-boyfriend Ian Somerhalder and her ex-BFF Nikki Reed. Apparently, Nina and Alexander’s relationship never really blossomed into something serious because Nina was still obviously upset about Ian and Nikki – and for good reason.

Nina Dobrev and Alexander Ludwig were reunited at SXSW in March 2015 for the premiere of The Final Girls and Nina was in a much better place. Although the news of her quitting hadn’t gone public yet, the actress secretly revealed to Ludwig that she was leaving The Vampire Diaries and was completely over Ian Somerhalder. Insiders say that since Nina put The Vampire Diaries and Ian Somerhalder behind her, she and Alexander have been inseparable.

Nina is trying to keep her new relationship with Ludwig under wraps though. The last thing she wants is for the media to create drama between her and her new boyfriend just like it did when she was dating Ian Somerhalder.

So TVD fans, are you still upset over Nina Dobrev leaving the show? What do you think of her dating Alexander Ludwig? Will Ian Somerhalder be jealous, or is he too busy planning his wedding with Nikki Reed and trying to keep The Vampire Diaries afloat to care about Nina’s secret boyfriend? Let us know what you think in the comments below!