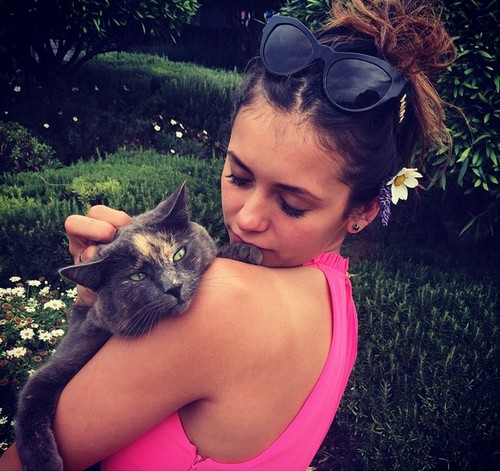 Nina Dobrev enjoyed a New Year’s holiday in New Zealand far from Ian Somerhalder. Nina Dobrev and Ian Somerhalder are nearing the end of their stint on The Vampire Diaries, but that doesn’t mean that they’re done yet. Even though the writers have done them a solid and kept their romantic scenes to a minimum during this season, Nina Dobrev and Ian Somerhalder still have a lot of unsaid history between them. They’ve kept things civilized and refused to create a fuss on-set [at least, in the mainstream media’s eyes] after their breakup, but our sources have told us that things still remain awkward between them and downright hostile on The Vampire Diaries set. I mean, one can’t blame them for that, can we? Breaking up is always hard, but being forced to see your ex after that breakup AND being forced to make out with them? Awkward doesn’t even begin to cover it.

Our sources have also added once Nina’s and Ian’s respective partners came into the mix [Mark Foster for Nina and Nikki Reed for Ian], things have become exponentially more difficult. Whereas Nina and Ian just used to avoid each other before, there is supposedly open hostility between them. Nina supposedly thinks that Ian’s PDA with Nikki was extremely tacky, especially when they first began dating. And Ian? Well, he’s still bitter about their breakup, even if he pretends not to be, but he’s also supposedly quite judgy about Nina’s dating life.

Either way, it’s been difficult for both of them to move on, and even though they have actually ‘moved on’, things remain awkward. But on that end, sources have also told us that Nina and Ian have been forced to stay civil with each other in public for the sake of the show. Right now, the entire season has had to be re-worked to keep the ‘Delena’ romance scenes to a minimum. Following that logic, how are they going to keep Damon Salvatore and Elena Gilbert together if their off-screen actors can’t stand each other?