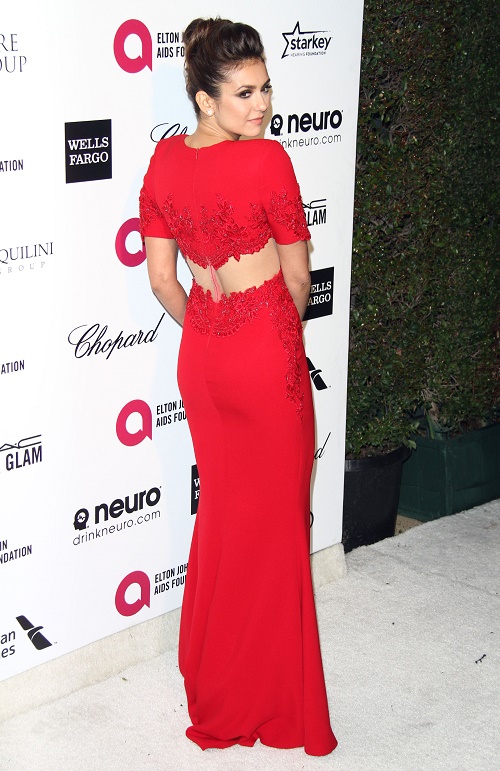 With rumors running rampant that The CW’s series The Vampire Diaries will be cancelled, Nina Dobrev has officially confirmed that she has quit the show and Season 6 will be her final season as Elena Gilbert. Despite the fact that Nina Dobrev was stuck working alongside her ex boyfriend Ian Somerhalder and feeling a certain type of way about his engagement to her ex-BFF Nikki Reed, Nina and her reps insist that she did not quit The Vampire Diaries because of her break-up. According to Nina’s team, the actress has opted to leave Delena and TVD behind so that she can pursue a full-time career in movies.

So, let’s just pretend that Nina Dobrev really was totally cool with Ian and Nikki getting married and opted to quit a television show after six seasons to work on her career – what exactly is next for The Vampire Diaries star? Nina has dabbled in movies a bit while working on The CW’s television show. In 2012, Nina made her first major movie debut in The Perks Of Being A Wallflower – if you blinked you may have missed her. She played the part of Candace, the main character’s older sister. In 2014, Dobrev appeared in the comedy Let’s Be Cops, and the 2015 indie film The Final Girls – which premiered this year at SXSW.

If Nina Dobrev is leaving her cushy job at The Vampire Diaries to pursue a career in movies, you would think that she would at least have a few movies lined up. But she doesn’t. So, either Nina has not been going to auditions and hasn’t been planning ahead – or she has been going to auditions and her big movie career is not picking up as quickly as she thought it would.

What do you think, TVD fans, will Nina’s movie career be a flop? Will she wind up like most TV stars, and be heading back to the TV world with her tail between her legs? Or is she moving on to bigger and better? Will The Vampire Diaries survive without Elena Gilbert? Let us know what you think in the comments below!