One Direction Breaks Up, Indefinite Hiatus After 2016 Album: Will Hottest Boy Band In History Ever Reunite? 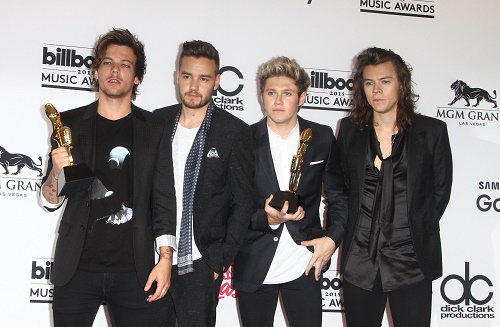 Zayn Malik was the first to leave the group ala John Lennon post-Yoko Ono. His departure signalled the end of an epoch. However, the remaining members – and Simon Cowell’s PR people – deny Malik’s departure as the reason for the hiatus.

According to an exclusive insider for Celeb Dirty Laundry, “The group is in shambles. After Zayn left, some of the guys thought it was the ideal time to call it quits. Even though they’re contractually bound to produce another album and a tour, they’re allowed to – how should I put this? – ‘go their separate ways’.”

Which is exactly what they’re doing at the moment. The world might be their oyster, but once you’ve eaten more oysters than your fragile man-child stomach can handle, the world is more like Salmonella on a plate. It doesn’t matter whether or not Zayn is to blame – you’d also hang up your proverbial boots if you’ve spent the past five years touring the world with the biggest boyband since Jim Jones and The Kool-Aid Acolytes.
Is this the end of One Direction?

Don’t get your hopes up, haters. The music industry might be a fickle place, but we’re not talking about Owl City and/or Carly Rae Jepsen. No, no, this is One Direction. Even if they split up like Iranian atoms, there will always – and I mean always – be a place for them in our hearts, our vomit, and our televisions. Like inside our televisions. By the time they reunite, give or take a decade, we’ll all be stuck in our television screens because Donald Trump said so.