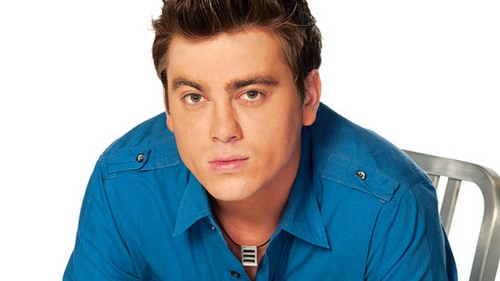 Former “One Life To Live” soap opera actor Brandon Buddy has been busted for a DWI, which has capped off a truly stellar year for him – not. According to TMZ, Brandon’s face was covered with scratches, which is what first got people to notice him. And then, he reportedly ended up buying beer at a gas station before taking off in his car – and obviously, law enforcement officials were notified.

The OLTL star  was then stopped by the cops, where he was reportedly semi-conscious and completely out of it. He was then taken to a nearby hospital to get evaluated, and then arrested for a DWI. And if that wasn’t bad enough, Brandon Buddy is also being investigated for possessing dangerous drugs, as the cops found prescription meds in his car during their search.

Honestly, this is the tale of many actors’ lives in Hollywood, especially after their careers have slowed down and they become washed up. How many times have we heard of former soap stars or former TV actors being pulled over for a DWI? For that matter, how many times have we heard of movie stars being pulled over for drug possession and DWI’s? Either the fame does something to them, or they all think they’re above the law and can do whatever they want.

What do you guys think about OLTL’s Brandon Buddy getting arrested for a DWI and being investigated for drug possession? Were you ever a fan of his on “One Life To Live?” And do you think something needs to be done about the systemic trend of actors getting DWI’s – and then getting away with it? Let us know your thoughts in the comments below.