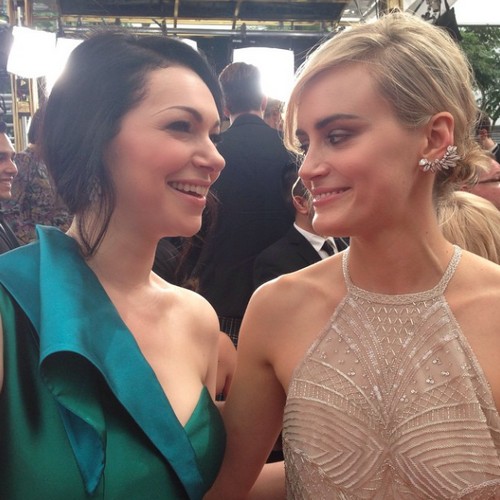 OITNB star Taylor Schilling is dating Carrie Brownstein! Taylor Schilling apparently takes her role as bisexual prison inmate Piper very seriously on the Netflix hit show Orange Is The New Black, so seriously that she even began dating women in real life! Apparently after spending Season 1 and Season 2 making out with her on-screen girlfriend Alex Vause (Laura Prepon), Taylor realized that she liked girls a lot more than she thought she did – and she began hooking up with actress and musician Carrie Brownstein.

Reports that Carrie and Taylor were dating first hit the internet back in March 2015 when they were spotted together in Portland, where Portlandia star Carrie resides. The two women’s relationship has been going strong ever since then, and is reportedly more serious than ever. An insider dished to OK! Magazine that they “text, call, and visit whenever they can. Taylor loves everything about Carrie. It’s rare to find someone special in this business. They are doing everything that they can to keep the spark alive.” 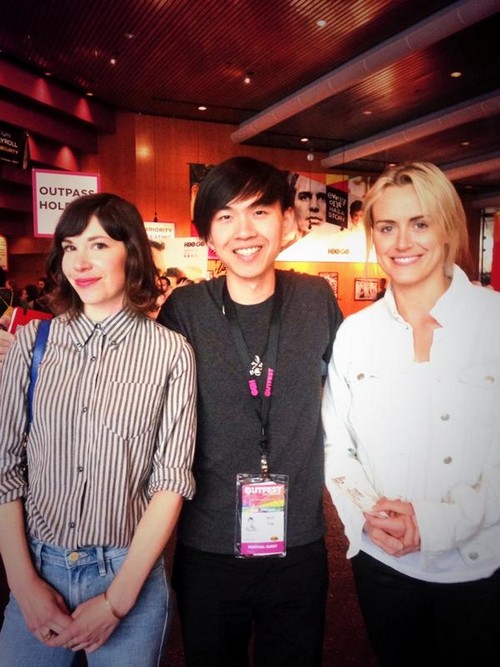 Carrie and Taylor are reportedly so serious that Taylor recently travelled all the way to Scotland to support Carrie’s band Sleater-Kinney. The Orange Is The New Black star even tweeted how amazing her performance was after the concert in Glasgow. Hey, maybe now that the Supreme Court just legalized gay marriage the two lovebirds will even start planning a wedding?

Did you know that Taylor Schilling dated women in real life, and not just on Orange Is The New Black? Seriously, how cute are Taylor and Carrie Brownstein together? Do you foresee a wedding in their future? Let us know what you think in the comment section below!