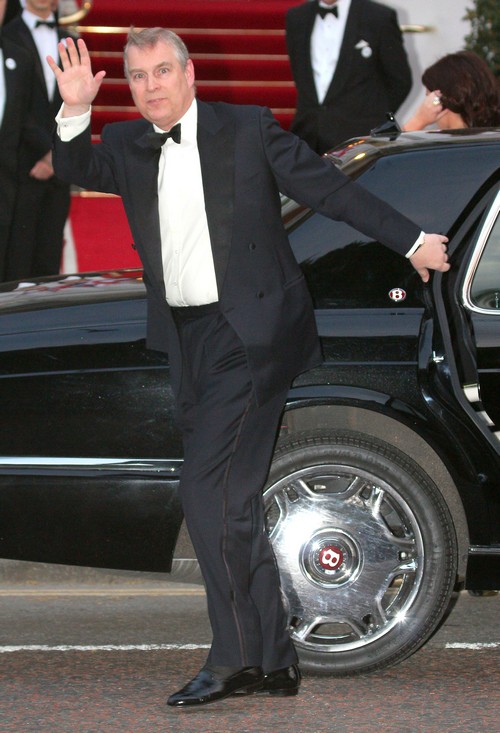 Prince Andrew, Duke of York, has cut his vacation short as Queen Elizabeth demands he meet with her to respond to the recent allegations of his involvement in a sex scandal with “Jane Doe #3” Virginia Roberts and other underage girls arranged by former friend, mogul Jeffrey Epstein. Hopefully Randy Andy is using his travel time to formulate a plan to get himself out of this mess, especially before meeting with his mother, Queen Elizabeth, who wants answers.

Prince Andrew has long had a bad reputation because of the entitled, over-indulgent lifestyle he’s led. Not only does he over-indulge in almost everything he does, he has serious additions that include kinky sexual escapades. And this time he may not be able to pay someone off, or sweep this story under the rug as the allegations being brought forth now have a great deal of validity to them, considering they involve his former friend, tycoon Jeffrey Epstein who has served jail time after being convicted in 2008 of having sex with an underage girl he solicited. Prince Andrew has spent a great deal of time with pedophile Epstein, and has allegedly participated in more than one orgy with the billionaire and other friends including Bill Clinton, famed lawyer Alan Dershowitz, and disgraced tycoon Robert Maxwell.

Jane Doe #3 has been identified as Virginia Roberts, who is now offering the sordid details of her life as a sex slave working for Jeffrey Epstein and being forced to have sex with Prince Andrew.  While the Palace is denying the Prince’s involvement in the sex scandal, the details coming forth are going to make it difficult for the sex-depraved Prince to continue to deny. Sadly, as Radar Online reports, the Duke of York may have immunity from prosecution for his part in the criminal sexual activities her participated in because of a 2007 plea agreement with the US government relating to an “alleged international sex trafficking ring.”  Well, he may be afforded protection under that deal, but he will receive no immunity from The Queen, and she may come down with the harshest sentence of all.

Stay tuned because this story is likely going to explode! CDLers, do you think Prince Andrew will be forced to take any responsibility for his disgusting involvement? What do you want to see happen? Tell us in the comments below!