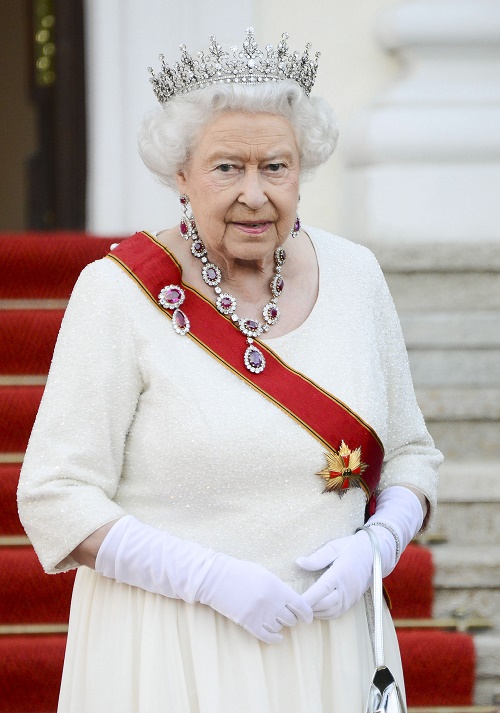 Queen Elizabeth is 89 years old, and her health has been steadily deteriorating. It is only a matter of time before England’s matriarch gives up her throne. Queen Elizabeth just made a huge sacrifice that has everyone buzzing, because it signifies that the end of her reign is coming closer. Anyone who follows the Royal Family knows that Queen Elizabeth is madly in love with her corgis – at one point she owned 13 of the little yappy dogs – but according to a new report the Queen just gave away all of her dogs, meaning that she knows her days are numbered.

Although Queen Elizabeth has been breeding the Welsh corgis for over 60 years, her pack has thinned down over the past decade and she only has two remaining – Holly and Willow. A Palace insider dished in this week’s edition of GLOBE Magazine, “The Queen doesn’t breed anymore. She doesn’t want to leave any pets behind when she passes away. She worries about tripping over the dogs and breaking a hip – or worse. But, we worry that her decision to give up her dogs is a sure sign that Her Majesty is facing her last days.”

Queen Elizabeth is 89 years old, and it has been reported that she is battling heart problems, among many other medical ailments. Over the course of the last few years Queen Elizabeth appears to be weaker and weaker every time she steps out for a public event. The fact that she is giving up her corgis is a clear indication that even she knows her days are numbered. It is noble that she is taking care of her dogs now so that after she passes they won’t get set aside or lost in the madness that is sure to ensue.

How sad is it that Queen Elizabeth has begun making preparations for her death? Who do you think will take care of the corgis? Let us know what you think in the comments below!