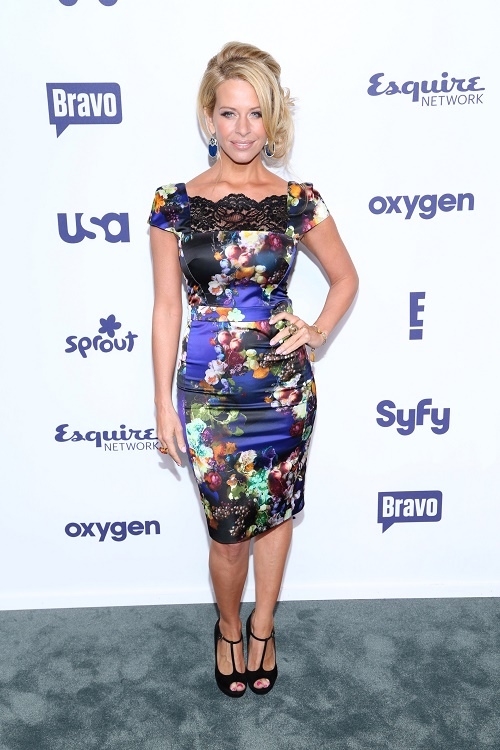 Is Real Housewives of New Jersey star Dina Manzo a homewrecker? Manzo recently returned to the Bravo reality TV show after a lengthy hiatus, and revealed that she was separated from her husband Tommy and going through a divorce – because he had cheated on her. If Tommy really did cheat on her, Dina neglected to explain the whole truth: that she had been reportedly cheating too…with a married man!

The May 25 edition of Star Magazine reveals, “The RHONJ star plays innocent on camera, but for the past year she has been carrying on a steamy affair with a married multimillionaire who is paying for her new digs.” Although Star doesn’t reveal Dina Manzo’s sugar daddy’s identity, they do reveal this interesting nugget of information – he is actually younger than Dina, and lives at home with his wife and two kids.

Apparently, Dina Manzo met her rich new married boy toy at a recent charity event she was hosting – and they have been hooking up ever since. Although Dina’s husband Tommy was about to shelf their divorce – he turned the tables on the RHONJ star when he learned that while she was accusing him of cheating, she had been doing the same thing all along. An inside source dished to the magazine that this month all hell broke loose in Dina’s messy love triangle – and her married boyfriend actually left his wife and kids for Dina Manzo! So, not only did Dina cheat on her own husband Tommy, she also broke up another marriage and took a father away from his children – all while smiling on camera and playing a victim.

What do you think of Dina Manzo’s secret affair? Are you shocked that the Real Housewives of New Jersey star would break up a marriage, and cheat on her own husband? Let us know what you think in the comments below!