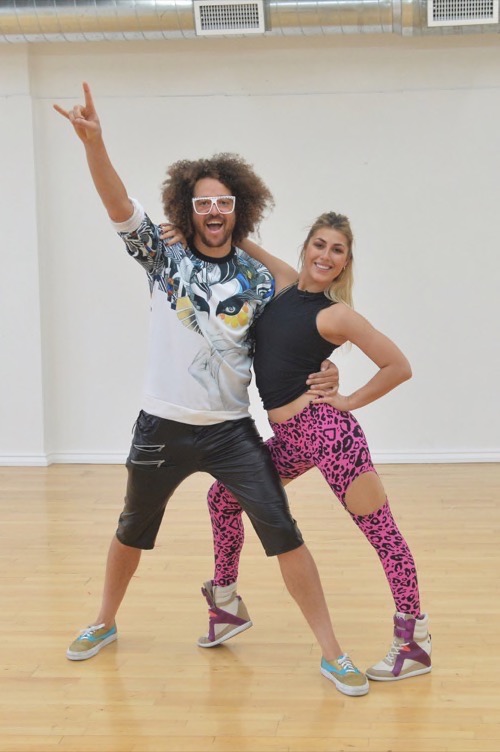 Tonight on ABC the glitz and the glamor returned to the ballroom for another great season of Dancing with the Stars.  On tonight’s premiere episode Redfoo and his professional dancer Emma Slater danced a Cha Cha to “I Lived” by One Republic.  Did you watch tonight’s episode?  If you missed it we have a full and detailed recap, right here for you. Did you miss any of tonight’s performance videos?  If you did we have them all, right here for you!

If you don’t know who Redfoo is he is the man beneath the famous fro is more than just a charismatic character on the airwaves, he is a formidable entertainment force; performer, producer, actor, host, judge, innovator and fashionista. Bursting onto the world stage as one half of LMFAO, and scoring a swag of #1’s in more than 30 countries, his sound reflected a new movement in music, catapulting him into high demand amongst his musical alumni, collaborating with the likes of Kanye West, Pitbull, Will.i.am, fellow DJ’sDavid Guetta and Steve Aoki and performing along side Madonna in the 2012 Super Bowl half time show.

Judges’ comments: Len: “You dance like your hair, wild and un kept – but it was fun.” Julianne: “I wanted to see more juicy jiggle, I am excited to see what you do week to week.” Bruno: “I love the wackyness, more of that please. The footwork needs to be controlled, come back and sort out your technique.” Carrie Ann: “You know how to work the hook, let’s get the whole dance going on next week.”