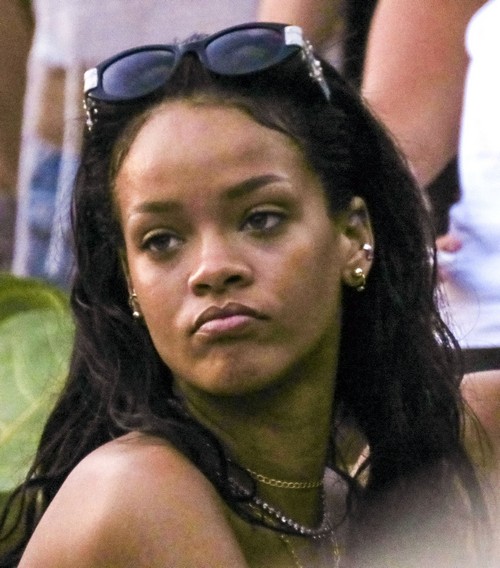 Rihanna and Leonardo DiCaprio are hooking up according to people who witnessed the two over Golden Globes weekend, are they dating? Leonardo DiCaprio is not hooking up with a tall, blonde, supermodel under the age of 25? What is happening to the world? According to recent reports, Leonardo DiCaprio may or may not have hooked up with Rihanna over Golden Globes weekend. Apparently, the two were at the same party at the Playboy Mansion when things got hot and heavy. Witnesses who were also present at the party told TMZ that both of them were making out with each other for a long duration, and then proceeded to go to an afterparty together whether they continued swapping swat.

Although a friend of Leo’s told TMZ that Leo most definitely did not hook up with Rihanna, people at the party say otherwise. And of course Leo’s friend is going to have his back and claim that he didn’t hook up with Rihanna. Leo deviating from his usual standard of blonde model under 25 years old would ruin his reputation in the womanizer community, especially since Rihanna is [GASP] 26 years old! How would Leo live down the shame?!

Let’s be real – Rihanna is way out of Leo’s league, and she probably knows it. In fact, I’m guessing that hooking up with him was just a giant distraction for her, and if they continue hooking up, it’s more likely that he’ll get more invested than her. Then again, Rihanna and Leonardo DiCaprio dating would probably break Hollywood and the Internet, so I want them to continue hooking up just to see what everyone’s reactions would be.

What do you guys think about Rihanna and Leonardo DiCaprio hooking up? Do you think there’s any chance in hell of both of them starting a dating relationship, or is this just going to be a one-and-done sort of thing? Let us know your thoughts in the comments below.