Riker Lynch To Be Eliminated From Dancing With The Stars – Will He Lose Votes To Noah Galloway After Live Marriage Proposal?

BY Amanda Austin on May 12, 2015 | Comments: one comment
Related : Dancing With the stars, Hot Celebs, Hot News, Reality TV, Television 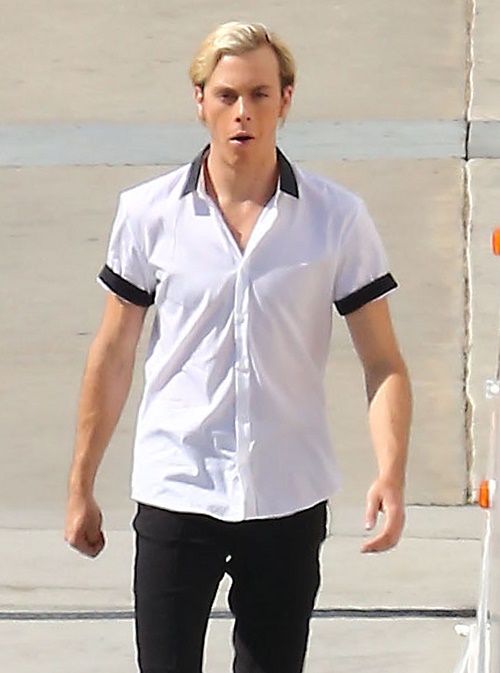 Glee star Riker Lynch and his partner Allison Holker have been nailing their routines on Dancing With The Stars, but is his time coming to an end? Riker has been silent but deadly thus far – although he isn’t the most outspoken and popular dancer on the show, he and his pro dancing partner Allison have had the highest judges’ scores for the season, and they have carried him through the show. But does he stand a chance of beating Iraq war veteran Noah Galloway after his heartfelt marriage proposal on live television?

Allison Holker and Riker Lynch took the dance floor on Monday May 11 and wowed judges with their performances, but today on the internet no one was talking about Riker’s perfect scores. Noah Galloway pulled probably the greatest publicity stunt ever – and performed to his girlfriend Jamie on live television after his Dancing With The Stars performance, and the fan favorite basically doubled his popularity with viewers and guaranteed himself a landslide of votes by doing so.

At the end of the day – Dancing With The Stars is nothing more than a popularity contest. Although Riker Lynch is clearly one of the best celeb dancers on the ABC show, does the quiet teen stand a chance against an Iraq war veteran who just swooned America by getting down on one knee and asking his girlfriend to marry him on live television? Riker may have legions of loyal Glee fans voting for him every week, but can he compete with an American hero?

The Dancing With The Stars season 20 semi-finals live elimination episode will air on Tuesday, May 12 – and we will learn whether or not Riker Lynch received enough votes or will be eliminated. Do you think that proposing to his girlfriend gave Noah Galloway an unfair advantage? Does Riker Lynch still stand a chance at winning the Mirror Ball? Let us know what you think in the comments below!