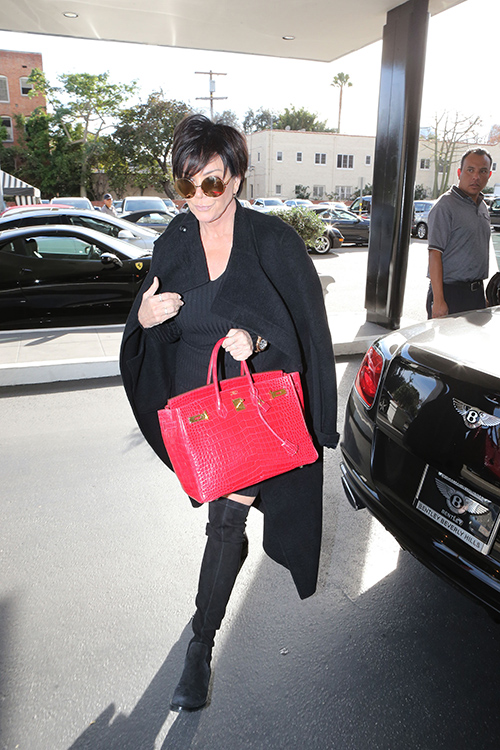 Like any major brand, Kris Jenner counts on making millions of dollars off the Kardashian Family for the holidays. But, her son, Rob Kardashian, is putting a bit of a damper on her plans. Rob has been embroiled in a bitter feud with his family for months. They were finally back on speaking terms until Lamar Odom’s overdose – which poured salt in old wounds. Rob was livid when his greedy mother Kris Jenner actually tried to profit off from Lamar and brought a camera crew to his hospital room.

It has been three years now since Rob Kardashian posed for the reality TV family’s iconic annual Christmas card. Rob is ready to make a comeback this year – and his mother knows that getting her son to publicly pose will be worth a pretty penny. Rob is playing hardball. According to this week’s edition of Life & Style Magazine, Rob has refused to pose for the Christmas card unless he receives at minimum $50,000.

Kris Jenner has been trying desperately to keep her feud with Rob Kardashian quiet – but the writing’s on the wall. The entire Kardashian-Jenner clan posed for a family photo on Thanksgiving, and the only one who was not pictured was Rob Kardashian. According to various reports, Rob didn’t even join his family on Thanksgiving. But Kris insists that Rob was there, he just happened to leave right before they took the photo in Khloe Kardashian’s backyard.

Kris Jenner really has no one to blame but herself at the end of the day. If you remember, she “cut Rob off” financially earlier this year and refused to give him any more money until he lost weight and got himself together. So, obviously, Rob Kardashian is going to want a big pay check for his appearance in the Christmas card – he needs the money!

Do you think Rob Kardashian is just being greedy? Or is Kris Jenner finally getting a dose of her own greedy medicine? Let us know what you think in the comments below!