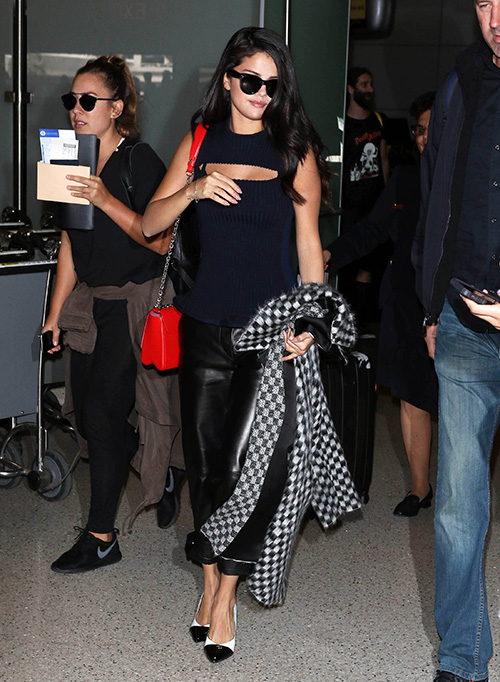 This week’s edition of OK! Magazine reveals that Kris Jenner is working hard to find her son a famous girlfriend so that she can start making money off from him again. And, she has her sights set on Selena Gomez – she became friends with the singer last Spring, despite the fact that she has been feuding with her daughters Kendall and Kylie. Selena Gomez has been serial dating this year, but technically she is still single and on the market.

An inside source dished to OK! Magazine, “Selena is just Rob’s type. He is totally crushing on her. Rob once called Selena his dream girl, and Kris has been plotting ever since.” Of course, the fact that Selena is very popular in the media right now most likely has something to do with Kris’s interest in hooking them up as well.

But Selena has turned into quite the little man-eater, and has been dating a different guy every week and breaking hearts left and right. That is the last thing Rob Kardashian needs – to have his confidence stomped on by SelGo, just when he is getting back on his feet. Kris Jenner doesn’t see it that way though, she sees dollar signs – and could care less which one of their kids’ souls she has to sell to get a check.

Do you think Selena Gomez would ever date Rob Kardashian? Or is Kris Jenner setting her sights a bit high? Could Selena cause Rob to have a setback? Let us know what you think in the comments below!