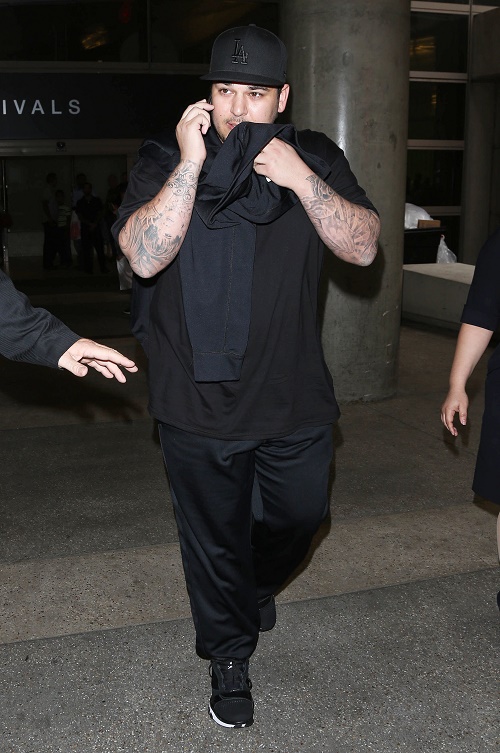 Rob Kardashian is going to rehab and getting gastric bypass surgery! Rob Kardashian has been hiding away for the past year and battling with a 100 pound weight gain, on top of rumored depression and drug use. It’s no secret that Rob has been feuding with his mother, Kris Jenner, and his family has basically publicly shamed him over his rapid weight gain. According to a new report, Rob Kardashian is preparing to undergo gastric bypass surgery to aid in his weight loss – and no doubt plans to rub his success in his estranged family’s faces. Who could blame him though?

According to the June 22 edition of OK! Magazine, “With the headlines fixed on Caitlyn Jenner’s big debut and his sister Kim’s announcement of baby number two, Rob Kardashian has been quietly turning his life around. The reclusive reality star will reportedly enter a rehab facility in Delmar Beach, Florida this month to deal with an addiction to alcohol and pain-killers. And, Robert has even met with a doctor to discuss gastric bypass surgery to deal with his weight gain.”

Kris Jenner and her daughters staged a half-hearted intervention for Rob on Keeping Up With The Kardashians – more for ratings than for Rob’s health. He has been feuding with his family for months now, and they have all basically turned their backs on him because of his weight and other issues. Rob getting his life back together without them is basically sweet revenge, we’re sure they will try to take credit for his weight loss and sobriety, and possibly even try to cash in on it. But the odds of Rob forgiving them any time soon and allowing them to walk back into his life once he has taken care of issues, without their help, is slim to none.

Do you think that Rob is going to rehab and getting gastric bypass surgery just to spite his family? Will they start including him in family events again once he loses weight? Will he be able to stick it out at rehab? Let us know what you think in the comments below!