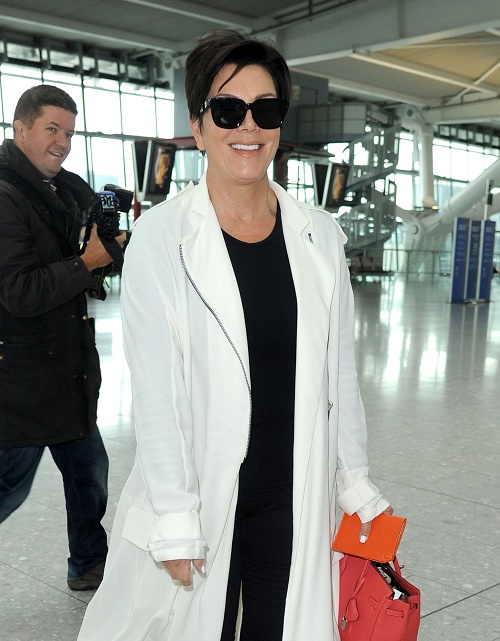 Rob Kardashian has been battling with depression, obesity, and even rumored drug addiction for over a year now – and the troubled reality TV star blames all of his woes on his narcissistic momager Kris Jenner. He is determined to get revenge. While some could argue that blaming his mom for his own overeating and drug use is just a crutch or an excuse, a leaked psychiatric evaluation indicated that Rob Kardashians feelings towards Kris aren’t that far from the truth.

In Touch Magazine got their hands on a psych evaluation of the Kardashian Family, and their findings reveal that Rob Kardashian is packing on the pounds and abusing drugs because of damage Kris Jenner did when he was just a young kid – and, at the end of the day, it is her fault that Rob (and the rest of his siblings) are the way that they are now.

The July 27 edition of In Touch Magazine reveals, “Rob has anger issues and hates Kris for what she has done to their family. He has clung to the girls in the past because that is all that he has ever wanted – a family of his own. But now he is acting out with food and substances, he is hiding and wants to disappear. It all goes back to his early childhood when Kris destroyed their family unit. When you are 3 years old, the whole world is supposed to be about you. That’s the age when a child is learning security and comfort and how to get their needs met – properly or improperly.”

So it looks like Kris Jenner’s greed and fame-whoring are just a few of the reasons Rob Kardashian hates his mother. The real issues date all the way back to when he was a toddler and Kris was too busy cheating on his father to stand up and be a real parent. It’s no wonder that Rob Kardashian is determined to get revenge on Kris. Not only is she the reason that he is today, but she has turned her back on him and still isn’t being the mother that he needs.

Do you think that Rob’s childhood and crappy mother are just an excuse? Or are they the real reasons that he has gained so much weight and is struggling with drug addiction? Let us know what you think in the comments below!