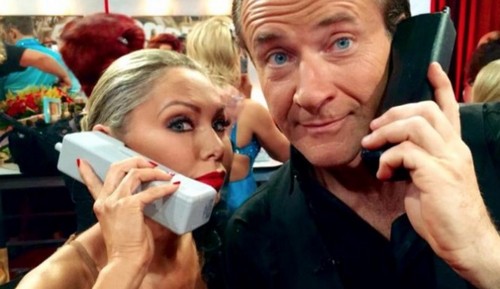 Is Robert Herjavec’s ex-wife Diane Plese trying to break up him with Kym Johnson? Dancing With The Stars partners and real-life couple Robert Herjavec and Kym Johnson have had a rough couple of weeks. In April the lovey-dovey couple got in a major fight over Robert’s relationship with his ex-wife Diane Plese. Insiders say that Kym Johnson was not impressed with the amount of time the divorced couple was spending together while they discussed co-parenting their two kids – and Kym was getting the vibe that Diane wanted to get back together with Herjavec. The fact that Robert was been caught up in cheating scandals in the past was not helping his argument any when he tried to convince Kym Johnson that she was the only woman in his life.

On April 30 some photos snapped on a cell-phone were uploaded to social media showing Robert Herjavec and Kym Johnson kissing on the set of Dancing With The Stars – and the couple appeared to have put their argument behind them and gotten back together. But, they still may not be in the clear because rumor has it that Diane Plese is not a happy camper and she hates seeing Robert and Kym together.

Who would want to see their ex-husband prancing around a dance floor on national television with a much hotter and much younger woman – or gushing in interviews about how “amazing” his new girlfriend is? Sources close to Plese say that the millionaire’s ex-wife hates the fact that Robert moved on before her – and is rubbing his new relationship in her and their children’s face. The source went on to say, “Diane is still upset that Robert cheated on her when they were married, and she doesn’t think that he deserves to just move on and start a new relationship. She will do anything she can to come between Robert and Kym – Diane is disgusted with how they are flaunting their relationship.”

Yikes, it sounds like Robert Herjavec and Kym Johnson are in for some serious drama with his ex-wife. Do you agree with Diane Plese, is it tasteless the way that Robert and Kym are flaunting their relationship? Do you think Diane will be able to break up the DWTS couple for good? Let us know what you think in the comments below! 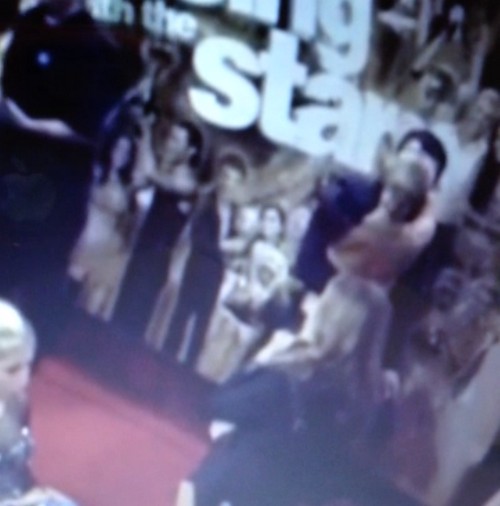