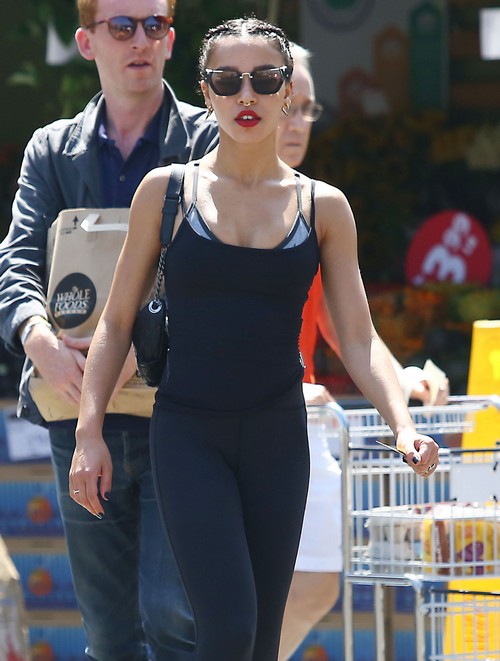 Robert Pattinson has always tried to present himself as a deep and complicated guy, but the ‘Twilight’ heartthrob has finally admitted to lying to the press. In an interview a British media outlet, Robert confessed he made up details about his life, but has turned over a new leaf since his days as Edward Cullen, now refusing to even address FKA Twigs let alone their rumored wedding troubles and apparent relationship breakdown.

While discussing Pattinson’s new role in ‘Life,’ focusing on James Dean. The late actor would botch interviews thanks to his inexperience and his rebellious nature for sabotage. The Guardian spoke with Rob on his parallels with James Dean and the topic had Pattinson confirming his self-sabotaging and lying to the press stating, “When the first Twilight came out, I’d definitely say dumb stuff just so I wouldn’t sound cookie-cutter or part of the machine.”

Robert Pattinson certainly wasn’t shy is trying to appear brooding and complicated. Rob once said he was drunk for the entire year before he landed the role of Edward in ‘Twilight’ and also stated he used to live in a “cool little former crack den” with his friend, Tom Sturridge. Some thought it was angsty in cool, while others took it as a bid for attention. Either way, it worked and media ate up every odd little detail Pattinson fed them. Robert laughed it off saying, “It’s not very difficult to shock people when you can literally just swear. You talk about being hungover and you just see the publicity department waving their arms going: ‘Shut up! Shut up!’”

As far his Pattinson’s personal life, he has also learned to keep his mouth shut. Where he’d talk about his showmance relationship with Kristen Stewart in PR-approved doses, Robert refuses to address he engagement with FKA Twigs. When asked about his wedding to Twigs, Rob simply responded, “I’ve just found if you never talk about stuff it’s better. But thank you.”

Pattinson and Twigs’ engagement was confirmed by People, but the couple have yet to publicly address it themselves. FKA Twigs nature began as humble and quiet, but she is certainly enjoying the career perks courtesy of her relationship with Robert Pattinson. Their wedding is a prime example of her newfound appreciation of fame. At first, Rob and Twigs wanted a small, pub wedding that was very low key. Now, FKA Twigs and Pattinson are at odds and as the singer wants to have a lavish event packed with celebrity pals. You can bet none of the ‘Twilight’ cast members will be invited, least of all Kristen Stewart and her new wife.

What do you think of Robert Pattinson admitting he lied to the press? Was it self-deprecating or just an attention-grabbing move? Let us know what you think in the comment area below.