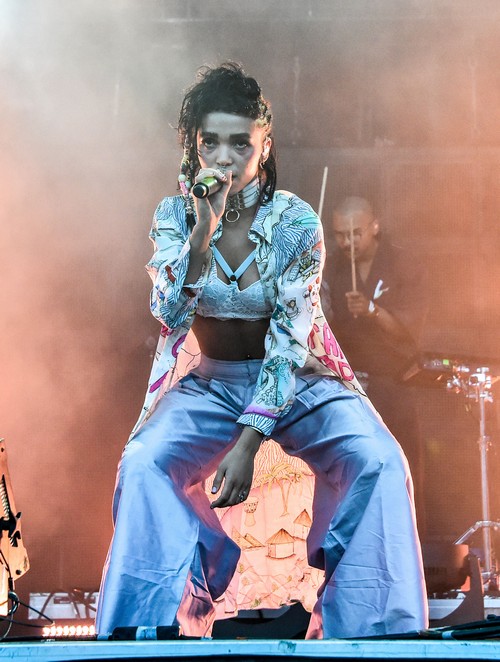 Is Robert Pattinson embracing the mainstream celebrity lifestyle to please FKA Twigs and save their engagement? If Rob’s changing opinions are evidence, it certainly seems Pattinson will do anything to save his relationship and eventual marriage to FKA Twigs.

In an interview with Neon, Robert muses about his “new adult life” which centers around the gym and his girlfriend, Tahliah Debrett Barnett aka FKA Twigs. Twigs clearly calls the shots in the relationship, as Robert talks about spending time with her and her friends while working on a career that pays the bills.

Indeed, Rob appears to be portraying himself in a vastly different way. Instead of being broody and resentful of the fame, Pattinson appears have embraced it. “Before, I was drunk in every interview,” Robert Pattinson confessed. “Now I go to the gym every morning and say to myself ‘Woah , you’ve changed.’”

It appears to be true. It was pretty evident Rob was coasting on his ‘Twilight’ fame and astoundingly loyal fan base. Pattinson favored indie films and small projects that required less effort with press. However, fame doesn’t last forever and FKA Twigs knows it.

Since starting his relationship with Twigs, Rob has been more present in spotlights and has taken a reheated interest in mainstream roles. Rob goes as far as giving advice on the subject saying, “My advice to all young actors – Avoid independent film to earn as much money as you can, as fast as possible. After that, enjoy what you want.”

FKA Twigs laments anything mainstream, dubbing it basic and explaining, “I’m not the kind of person who goes to an exhibition on a Thursday night just because everyone is … I don’t have an average day. I hate that kind of thing.” However, Twigs’ actions speak to the contrary and show her to be a hypocrite. Tahliah happily joined Robert at the Met Gala, and enjoyed sitting in the front row of Versace, rubbing elbows with Donatella. Her career has also enjoyed the spoils of Robert Pattinson’s success.

What do you think of Robert Pattinson’s new attitude? Is the ‘Twilight’ star embracing his mainstream success and opportunities to please FKA Twigs and save their struggling engagement? Let us know what you think in the comment section below.