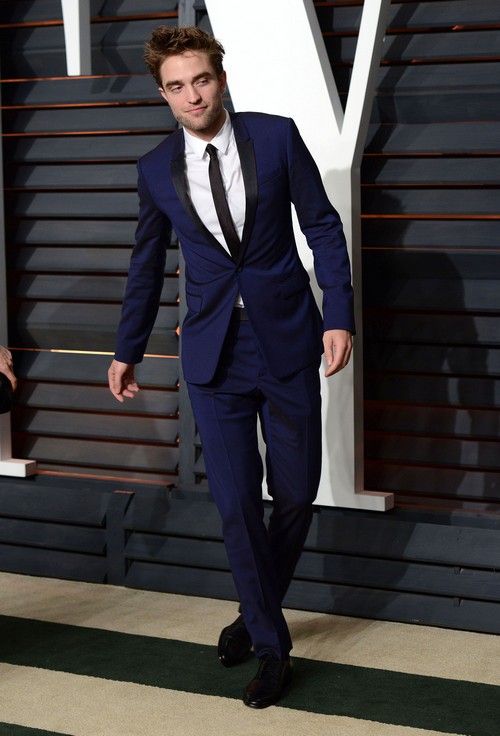 Robert Pattinson and FKA Twigs are engaged and getting married according to reports that indicate rings have been exchanged and Rpatz is acting like FKA Twig’s husband already. Robert Pattinson and FKA Twigs were leaving the Casino de Paris and making their way over to a bus [after FKA had just finished performing], when an autograph seeker reportedly rushed up to them. This woman crossed the barriers and reportedly came up to Rob, thrusting a pen and paper in his face. Now, Robert Pattinson is used to this type of behavior and attention, and he usually either signs the paper or he walks away. But this time, he acted out of character and pushed the woman to the side, which obviously has caused the Internet to melt down and call Robert Pattinson violent, rude, etc. What the stories missed is that Robert is in love and ready to marry the famewhore FKA Twigs!

Now, Rob’s team is already in damage control mode and has released a statement saying that he was just being super protective of his girlfriend, FKA Twigs. He didn’t want FKA to be affected by any of the fans or the paparazzi, and so he was just very focused on ‘getting her from Point A to Point B’. Unfortunately for him, the fans aren’t exactly viewing it on such simple terms, especially not when he’s usually non-confrontational [at worst] or friendly [at best].

There’s also another interesting factor in this situation, where Rob NEVER did anything like this for Kristen Stewart. If anything, Kristen used to get more seriously mobbed on a regular basis by fans, but Rob would just ignore it and keep walking. But with FKA Twigs, he’s suddenly Mr. Protective and pushing fans out of the way so she can walk a few feet? Then again, he did supposedly just give her a ‘promise ring’, so who knows what’s going through his head. Perhaps the couple is already engaged and planning to get married really soon?

What do you guys think about Robert Pattinson ‘pushing’ away this autograph seeker? Do you think he intended for it to be a physical interaction, or was he just trying to ‘protect’ FKA? Does this incident show us that Robert Pattinson is in love with FKA Twigs and planning to get married? Let us know your thoughts in the comments below.