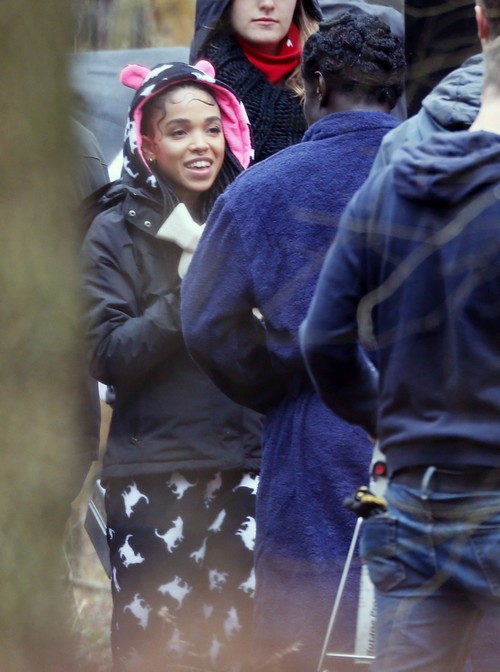 Robert Pattinson’s career has been free falling for the past year, as both his ex-girlfriend Kristen Stewart and current girlfriend FKA Twigs face an unprecedented boost to their careers. Coincidence? I think not. Have you noticed that the minute Kristen Stewart stopped dating men and came out with her Alicia Cargile relationship, things suddenly started picking up for her? She started landing major supporting roles in high-profile indie films with other A-list actors, and moreover, she was getting extremely strong reviews in all these movies. Sure, she’s still far from headlining another major franchise, but sources tell us that she doesn’t even want that anymore.

Robert Pattinson, on the other hand….. what was the last big movie of his that got any publicity? I hesitate to mention The Rover, because that barely got a release. And apart from David Cronenberg movies, what has he really done? He was arguably one of the least experienced actors in the entire Twilight cast, and the only reason he was even cast in the series was because of his chemistry with Kristen Stewart. And now that that’s gone, he’s left with.. well, his chemistry with his new girlfriend, FKA Twigs.

Ok, we kid, we kid. But truly, all the recent reports coming out about his romantic life make it seem like Rob is just obsessed with getting married to FKA Twigs, settling down, having kids, and starting a family – even at the expense of his career. He’s spent the last few months following FKA around the country while she tours, never mind traveling to LA and trying to set up meetings and land new jobs.

What do you guys think? Will Robert Pattinson continue to treat his career with such relaxed apathy, or will he actually get off his butt and start making an effort in the near future? Are thoughts of getting married to FKA Twigs causing any of his distractions? Let us know your thoughts in the comments below.

FKA twigs (AKA Tahliah Barnett) makes her directorial debut as she directs her new music video on March 16, 2015 in England. The eccentric songwriter, currently dating “Twilight” heartthrob Robert Pattinson, was clutching a hot water bottle and wearing a bizarre mis-matched outfit while male dancers were dancing in soiled underpants. FameFlynet