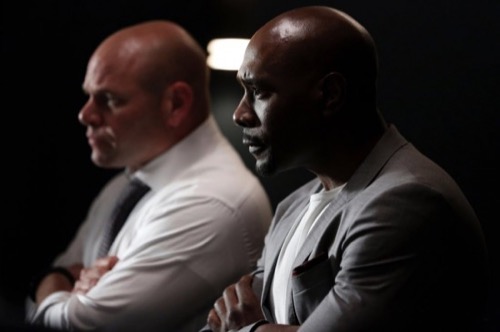 Tonight on FOX Rosewood airs with an all new Wednesday September 30, season 1 episode 2 called, “Fireflies and Fidelity,” and we have your weekly recap below. On tonight’s episode a shocking piece of evidence surfaces during the investigation of a serious crime involving a wealthy Miami man.

For those of you who don’t know, private pathologist Beaumont Rosewood helps the Miami police department solve its toughest cases, whether they want his input or not, and teams up with maverick detective Annalise Villa to find clues where no one else can.

On the last episode, in the premiere of this drama following a brilliant private pathologist who helped the Miami police department solve its toughest investigations—whether they wanted his input or not—Dr. Beaumont Rosewood Jr. tackled a case that hits close to home, and teamed up with maverick detective Annalise Villa for the first time. Did you watch the last episode? If you missed it, we have a full and detailed recap right here for you.

On tonight’s episode as per the FOX synopsis, “a shocking piece of evidence surfaces during the investigation of a serious crime involving a wealthy Miami man. Meanwhile, Rosewood’s romantic pursuits clash with his mother’s demands; and Villa encounters trouble on the job.”

Don’t forget to join us for our live recap tonight at 9:00 pm when Rosewood airs on Fox. While you wait for the recap, let us know how you’re enjoying the show down below.

Tonight’s episode of Rosewood kicks off with Beaumont on a hot and steamy date, he takes her home and after a hot makeout session – he informs her that he thinks they should wait to have sex. She is obviously shocked, but heads to bed … alone.

The next morning on the beach a little boy is playing in the sand and finds what appears to be a severed foot – the foot is sticking up out of the ground. Rosewood is busy cooking breakfast and he receives a phone call from the precinct. He rushes there – the Captain thinks that he is having a heart attack. Rosewood tells him that he isn’t having a heart attack, but he will soon if he doesn’t reduce some of the stress in his work and at home with his 7 kids. Rosewood wants him to meditate with him.

A call comes in for the foot found on the beach, Captain Hornstock and Villa rush to the scene. Rosewood overhears the call and shows up at the beach too – even though the cops told him not to. The Captain caves and lets him examine the severed foot. He says that there are small bite marks on the foot – they think that a dog chewed the foot off the body and left it on the beach. There are also fire scars on the leg, Captain tells Rosewood he has an hour to work his magic and ID the foot.

Beaumont’s mom Lorraine shows up at the lab – she is upset because he keeps skipping family movie night. She wants him to bring his new girlfriend to Sunday night dinner. Pippy and TMI are busy singing “Moulin Rouge,” Rosewood gets rid of his mother and tells them that it is time to get to work. They search for prints on the severed foot, and start getting to work ID’ing the body that the foot belongs. Rosewood finds a hair on the foot and rushes it for a DNA test.

At the precinct, Hornstock calls Villa in to his office. He tells her that he needs to take time off and see a therapist. She just lost her husband, and she is obviously not coping with it well. She got in a fight at the bar a night before – and she still has cuts on her hand. Rosewood interrupts their meeting, he says that he has a fingerprint off the foot and he dropped it off at the lab – they will have the owner’s name in an hour. And, he also brought a two week supply of his “home brew” to help Hornstock relax and alleviate some of his stress.

Villa leaves work and heads to a bar, Rosewood follows her. He joins her for a drink and she explains that she grew up there, it reminds her of her father. Rosewood tries to get her to come to church with him, but she isn’t interested. He knows that she has been living at a motel, and he is worried about her. Villa snaps that he needs to focus on his own personal life, he is almost 40 years old and he still isn’t married and hasn’t settled down with one girl.

Villa receives a phone call from the lab, they got a match back on the fingerprint on the foot – it belongs to a woman named Chiang Wen. Villa and Rosewood track down Chiang Wen and show her a picture eof the foot. She explains that she just gave him a pedicure, that’s why her prints were on the foot. They had back to the precinct and ID the owner of the foot as Marty Conforth – he co-owns a match-making company for rich people.

They bring Marty’s wife Carrie in for questioning, she says she was at her summer home in the Keys when he was killed, and she was snorkeling – her housekeeper can verify that. Villa informs Carries that Marty was engaged to another woman named Beth. Carrie is shocked, she insists that her marriage with Marty was perfect. Hornstock takes Beth in for interrogation, she says that she was at her condo the night that Marty was killed. Villa is certain that the wife Carrie is the killer, but Hornstock thinks that it was his fiancée Beth.

Villa heads to Platinum Mates, the company that Marty owned. Rosewood tags along and they go to a mixer that the company set up for rich people to meet up. They meet Marty’s business partner Judy. Judy says that Marty “loved women,” and he met Beth at a mixer. Judy thinks that Beth was in love with Marty, and she never would have killed him. She says that Carrie is the one that they should be looking in to.

After the mixer, Rosewood stops by his mom’s house for a surprise visit. She whines about him not bringing his new girlfriend. The talk turns to him not settling down, Rosewood reveals to his mom that he took his name off the heart transplant list. He knew that the odds of his body rejecting a new heart were high, and he didn’t want to waste a heart on another patient who wouldn’t reject it. Donna is furious, she tells Rosewood that she “can’t even look at him right now.”

Rosewood heads back to the lab and dives in to his work, he runs a test on a rash on the foot – he tells TMI and Pippy that the rash is from poisonwood, which is a rare plant. The girls analyze a rug hair on the foot and trace it back to a hotel – they call Villa and give her the address of the hotel. Rosewood rushes to the police station and is mad that Villa beat him to the hotel. She says that she talked to the clerk and Marty checked in there the night that she died.

Villa receives a frantic phone call from Marty’s wife Carrie – she was just in a car accident. While she is in the ambulance she tells Villa and Rosewood that somebody sabotaged her car. Villa takes a look at Carrie’s car, she is telling the truth, someone cut the power steering line and caused the accident. Carrie says that she and Marty are the only people who drive the car – but last weekend he let his partner Judy borrow the car.

Villa and Rosewood head to Platinum Mates to talk to Judy, she confirms that she borrowed the car. Villa checks with the hotel and they confirm that Judy has checked in there with Marty in the past. Villa is certain that Judy is Marty’s killer and she sabotaged the car. Rosewood doesn’t buy it, Judy has been crying for two days.
Villa gets a phone call, they found Marty’s body on the beach. Villa and Rosewood arrive, and there isn’t a body, just a pile of severed arms and legs. It looks like the killer used an automatic saw. Rosewood rushes the body parts back to the lab. Pippy corners him, she knows he took his name off the donor list. She lectures her brother about getting back on the list so he can get a new heart.

Rosewood gets a break in the case, he rushes to Hornstock’s office. He says that according to his autopsy, Marty was killed a week ago – not a few days ago. Villa rushes in, she pulled surveillance tapes from the hardware store and they caught a “crazy bitch” buying trashbags and the saw that was used to hack up Marty’s body. Rosewood and Villa’s evidence all points to Marty’s fiancé Beth. They rush to Beth’s house, and she is trying to leave town – and Carrie is in the car with her. Marty was leaving both of them, so that he could be with Judy. Beth tries to make a run for it and drives off, but Beth shoots the car’s radiator and ruins their getaway. Police are able to pick them up and arrest both of them about a mile down the road.

After work, Rosewood heads to his mom’s house for movie night as promised – and his girlfriend is a no-show, he says she cancelled because of work. He sits down to have Sunday dinner with his mom, Pippy, and TMI.