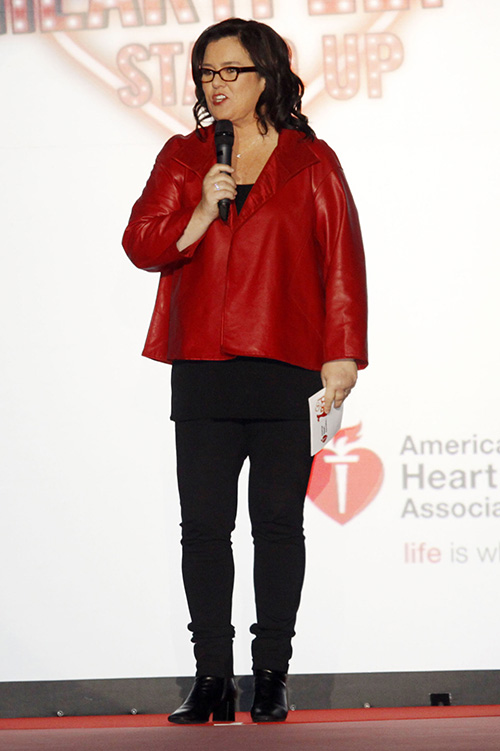 The past year has been a disaster for Rosie O’Donnell, but it looks like her luck is finally starting to turn around – and she has a hot girlfriend … Tatum O’Neal! Rosie kicked off 2015 with a messy break-up from her wife Michelle Rounds, then there was that horrific stint on The View, and just last month her 17-year-old daughter ran away from home and then announced she was moving in with her birth-mother because she hated Rosie that much. Dating Tatum O’Neal is definitely the best thing to happen to O’Donnell in a long time.

According to a new report from Daily Mail, Rose and Tatum have been quietly dating for two months now – Tatum has been flying cross-country from Los Angeles to New York on a regular basis to spend time with her new girlfriend. The couple were even spotted out and about in Manhattan, and they shared a romantic dinner date before attending a Broadway play together.

Tatum O’Neal dropped a bomb on us this year and announced out of the clear blue that she was bisexual – and was interested in dating women. Then again, if you were married to tennis player John McEnroe for nearly a decade, you would probably be ready to switch teams afterwards too. After her rocky and volatile marriage to McEnroe – Tatum decided that she was ready to pursue a relationship with a woman, and Rosie is her first official girlfriend.

It’s interesting that Tatum O’Neal entered Rosie’s life around the same time that her troubled teenage daughter walked out – we can’t help but wonder if the two things are somehow related. Do you think that Rosie O’Donnell and Tatum O’Neal make a cute couple? Do they have a future together, or does their fling have a short shelf life? Let us know what you think in the comments below!