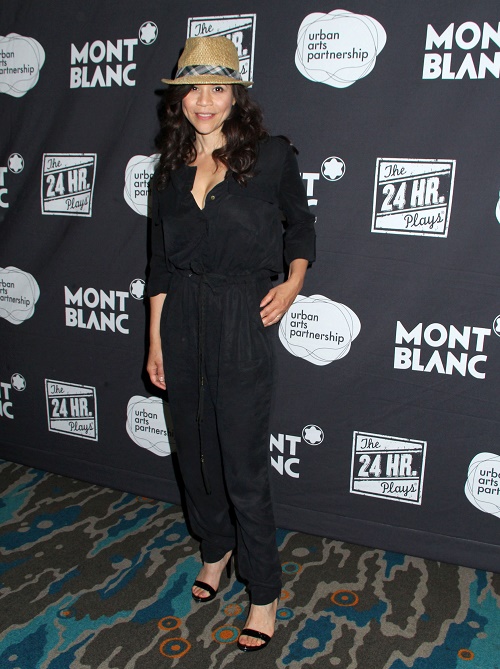 Looks like the reports confirming Rosie Perez’s departure from The View were all premature. According to new reports, Rosie Perez is set to return to the talk show on February 3rd. Co-host Rosie O’Donnell denied rumors that Rosie had been fired, instead stating that she would be back when she was done wrapping up her Broadway show ‘Fish In The Dark.’

It was initially reported that Rosie was taking a break from The View to do the Broadway show, but rumors about her quitting increased when her return date was never confirmed. Usually, when talk show hosts take a ‘break’ from their hosting duties, their return dates are immediately confirmed. But when Rosie’s was never mentioned, everyone just assumed that she wasn’t coming back – but apparently, those assumptions were all premature.

Either way, Rosie O’Donnell has denied the rumors for now, but if there was this much hoopla around it, I’m thinking there’s more to the story than we’re hearing. Perhaps Rosie’s hiding something, perhaps she’s hoping her Broadway run gets extended, or perhaps she’s just in talks with the network executives. It’s possible that she asked for an increase in her salary, which would probably make executives balk considering her relative unknown status – especially compared to the other hosts. Plus, rumor has it that the View bosses are not too happy with the way Rosie has settled into her new job, and they’re thinking of replacing her. Maybe Rosie O’Donnell doesn’t know all this, but it would explain why so many people immediately assumed that she was fired.

What do you guys think? Has Rosie Perez been fired from The View, or is she actually coming back? Is Rosie O’Donnell just speaking out of her ass? It’s even possible that Rosie just doesn’t know the full story, since it’s not like network executives publish their negotiating efforts to everybody on their payroll.