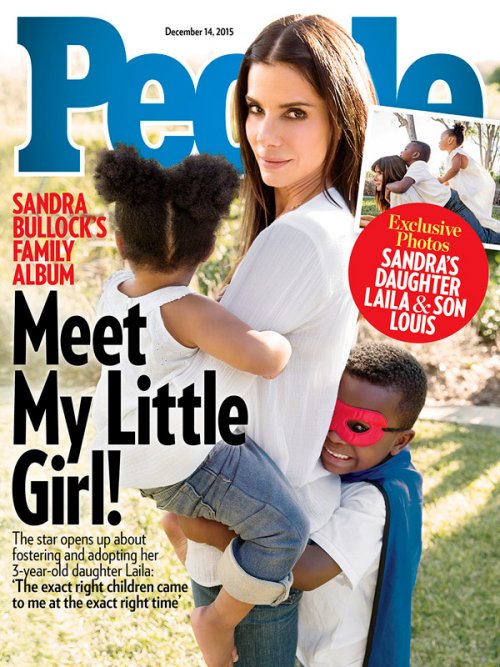 Sandra Bullock is now a mom of TWO, the actress just confirmed that she has adopted a daughter named Laila! Reports hit the internet a few months ago that Sandra Bullock was adopting again, and it turns out this time the rumors were actually true.

Sandra revealed to People Magazine that Laila hails from Louisiana, and the three-year-old was in foster care. Sandra bragged to the magazine, “When I look at Laila, there’s no doubt in my mind that she was supposed to be here. I can tell you absolutely, the exact right children came to me at the exact right time. Louis spearheaded this whole journey. My family is blended and diverse, nutty, and loving and understanding. That’s a family.”

Sandra Bullock doesn’t really discuss how her boyfriend Bryan Randall feels about her adding to the brood – but seeing as how he took the photographs that People Magazine used in their article featuring Sandra, Laila, and Louis – we would assume that he is on board.

And, yes for those of you who believe Bryan Randall is just using Sandra Bullock – a photographer that no one had barely heard of just got his pictures on the COVER of People Magazine, which some award-winning photographers spend their entire life trying to do.

So, are you as excited as we are for Sandra and Louis to be expanding their family? Seriously, how cute is little Laila? Do you think Bryan Randall is in it for the long haul and will be playing step-daddy? Let us know what you think in the comments below!