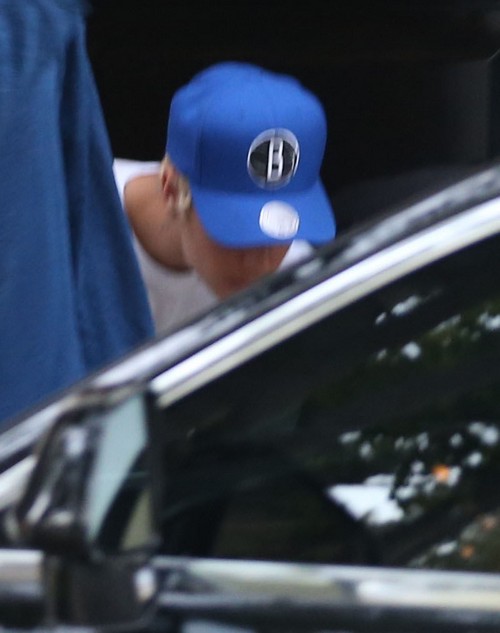 Justin Bieber and Selena Gomez are dating and back together after they each got too jealous of each other’s flings!  Justin Bieber couldn’t stand not being the focus in Selena Gomez’s life any longer after seeing her with his friend, DJ/Producer Zedd, so he talked her into joining him for dinner to try to win her back…just for the sake of winning her. The relationship between Justin Bieber and Selena Gomez is quite sickening and dysfunctional. Those loyal CDLers were not at all surprised by the dinner date between Justin and Selena last night as we told you that Justin couldn’t stand seeing Selena parading around on someone else’s arm. We told you that Justin doesn’t want Selena back because he misses her and loves her…he just can’t stand appearing as though he lost her. And—just like we told you, that is exactly what happened when Justin called to ask Selena to dinner.

Justin reached out to Selena through a friend to let her know he wanted to meet up to discuss everything that’s been going on in the media. He said he wanted to clear up some things. Selena was also told that Justin missed her but was glad to see her so happy. Justin knew EXACTLY what he was doing, using all the right words to pass on to Selena to melt her heart. Justin went through a friend because he thought it might soften her up a bit with the mutual friend contacting her and sharing Justin’s heartfelt comments.

The friend encouraged Selena to meet with Justin so they could talk. Selena, of course, could not say no. She was actually excited that she finally felt a bit more confident going in now that she has another man in her life and because Justin was wanting to see her, rather than the other way around. CDL told you that Selena is still very much obsessed with Justin even though she has begun seeing Zedd. She is finally actually trying hard to move on with someone else for the first time, but she is still vulnerable because she is still weak when it comes to Justin. What she needed was more time away from Justin. That was exactly the reason Justin struck when he did.

Selena and Justin ended up driving together from her hotel to have dinner at Mastro’s Steakhouse on Thursday night. While Selena was apparently ready to be strong with him, she fell right back in. The two talked for about a half hour over appetizers after the restaurant had closed. Justin told her that he couldn’t stand to stay with Hailey Baldwin when all he could think of was her. He also shared that he was sad to have spent New Year’s Eve with someone else. Selena took everything in and told Justin she needed time to think. She, like so many times before, told him she cannot deal with his constant flirting and nonchalant attitude towards her. He, like so many time before, told her he has changed. But to Justin, the whole relationship is a game and Selena is the pawn.

Justin was fine without her when she was on her own, finding herself, crying over him in videos and on stage singing songs about the demise of their love life…but the moment she was spotted spending time with a mature, attractive, smart guy with a blossoming career, he couldn’t stand looking as though he is the loser in this triangle. Zedd is well-liked, fun, and attractive. He cares about Selena and treats her well. He puts her first in his life and shows her that he truly cares for her. He is the opposite of self-absorbed Justin Bieber and wouldn’t dream of mistreating her. That is eating Justin alive because, deep down, he is very insecure. Now, he is moving at a fast pace to win the prize…Selena. But as we all know, he’d dump her again just as quickly as he got her back if she is stupid enough to fall for his lines again.

CDLers…you knew all this would happen because you know CDL is your source for all the latest Justin Bieber and Selena Gomez news. Now, tell us what you think will happen next!

Shy Justin Bieber ducks his head as he leaves a book store in Beverly Hills, California on January 17, 2015. ‘Glee’ star Naya Rivera slammed Justin during an interview on ‘The View’ calling the singer a ‘douchebag’ for always taking shirtless selfies. Shut up Naya, you fired from Glee loser – if you had 100,000,000 million fans maybe you’d take selfies too.  Fame Flynet – Photo Credit