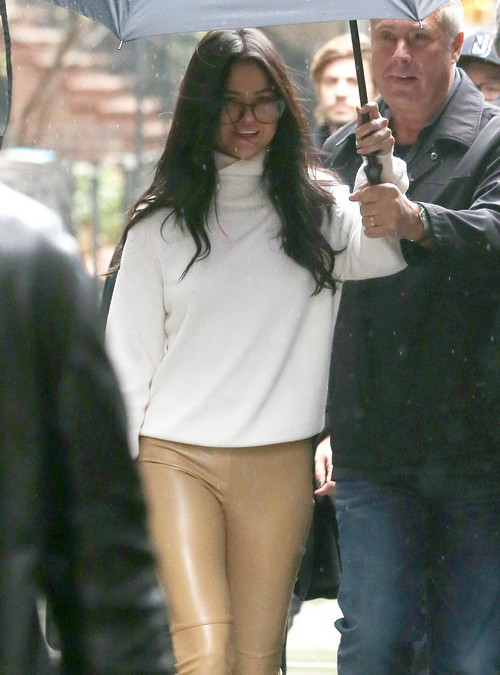 Selena Gomez was spotted out on a dinner date with Gigi Hadid’s ex-boyfriend, but was SelGo dining with Samuel Krost just to make Justin Bieber jealous? Does Selena want the Biebs to beg for a romantic reunion?

Justin has done a lot of talking about Selena as while making the rounds of talk shows promoting the new CD “Purpose”. Bieber has twice said that it’s has been very difficult getting over SelGo. How much harder is it going to be for Justin to get Gomez out of his heart now that SelGo is stepping out with fashion model Gigi Hadid’s ex-boyfriend Samuel Krost?

It’s not just rumor and gossip about Gomez and Krost – US Magazine published photos of the couple holding hand while having dinner at Cipriani in New York City on Monday, November 9. Not only were SelGo and Samuel holding hands – Selena planted herself on Krost’s lap.

Reportedly at some point in the evening Selena kissed Samuel on the side of the head. Gomez and Krost were also photographed holding hands as they left the restaurant.

Is this bit of PDA with the new guy a way for Gomez to provoke Bieber into calling and begging for a romantic reunion? The Biebs is practically wearing his heart on his sleeve at this point. Justin really couldn’t make it any clearer – SelGo is the love of his life. The Biebs revealed that the relationship and break-up with Selena inspired much of the music recorded for “Purpose.”

How much more groveling does Selena Gomez need from Justin Bieber? Looking dejected, sad and near tears the “Strong” singer confessed to Ellen DeGeneres that the romance with Selena is “a love that never really dies.” What’s next? Does Justin need to get down on his knees and crawl back to Selena and beg for her love? What is it going to take?

You never know if this is all for real or just for publicity. Who is going to end up with whom? Will Justin Bieber and Selena Gomez finally get back together? Will Gigi Hadid take Samuel Krost back? How will this game of relationship musical chairs end?