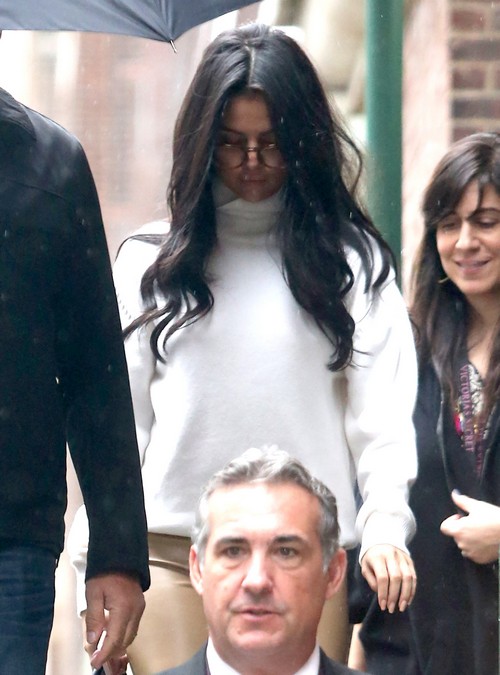 It looks like Selena Gomez may have given up on her Justin Bieber reunion dreams, the “Good For You” singer is selling the Calabasas home she bought near her former boyfriend and hasn’t decided where to settle next.

It makes sense that Selena would want to leave the ritzy So Cal neighborhood since she doesn’t hang out with many of the most prominent residents anymore. Calabasas is stomping grounds for most of the Kardashians as well as Selena’s old flame, Justin Bieber.

When Selena Gomez bought her Calabasas mansion about a year and a half ago, when the “Good For You” singer was still trying to work things out with Bieber. Selena Gomez’ home is located less than five miles from the mansion that Justin Bieber sold to Khloe Kardashian recently.

It’s got to be awkward to see Justin Bieber out night after night, often with a different girl on his arm. It’s even worse when Bieber’s women are also Selena’s Calabasas neighbors. Kourtney Kardashian has been seen with Bieber multiple times now since her split with Scott Disick.

Not to mention that Kendall and Kylie used to be her friends and now they’re not. Plus both Kendall and Kylie Jenner played a part in her breakup with Justin Bieber. Calabasas is small and the residents often run into each other. It’s time for Selena Gomez to head for a different neighborhood and see some different faces.

The next step for Selena Gomez in her own personal revival is to sell off the Calabasas home she shares with two non-celebrity roommates. Maybe Selena decided it was time to act like a grown up and live on her own. It seems kind of weird for someone with Selena Gomez’ net worth ($20 million) to be sharing her home with a couple of buddies. Anyway, it looks like her roommates are going to be looking for a new pad to crash.

Selena Gomez’ Calabasas house is listed for sale for $4.5 million and it just went on the market. The 6 bedroom, 7 bathroom home comes with a courtyard, a guesthouse, a gym and a pool. When Selena bought the huge home just a year and a half ago, she paid $3.7 million for the 7,700 square foot home. That’s a pretty nice profit iin such a short time period if Gomez is able to sell it for the full amount.

They say this is the year of fresh starts for Selena Gomez. The former Disney star’s new album “Revival” is getting good reviews. Gomez put a lot of effort into her transformation for the sophomore album that was released last month and it has paid off. Selena fired her momager and hired all new management.

She even changed record labels to make sure that “Revival” sounded exactly the way that she wanted. The response Selena has received from her latest music offering has definitely boosted her self esteem and maybe that was the kick she needed to become a little more independent and show Justin Bieber that she will be just fine without him.