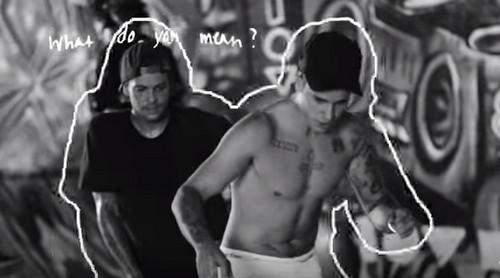 Justin’s Bieber’s new single “What Do You Mean” made its worldwide debut on Friday August 28 – and everyone is buzzing about it. That is, everyone except for Justin’s ex-girlfriend Selena Gomez, who has remained relatively silent about his new song. Actions speak volumes, and it was pretty clear that Selena was not supporting his new music (which he confessed is about her), when she was literally one of the only celebrities who didn’t help Justin promote his song on social media. Seriously, even Hilary Duff found time to participate in the big countdown.

We have all been counting down the days until “What Do You Mean” big debut, and eager to hear what Biebs had to say about Selena in the new song. Sadly, it wasn’t much of a diss track, and we were really hoping for him to expose his former girlfriend and their messy relationship a little bit more. Instead, Justin kept it vague with lyrics like, “What do you mean? / When you nod your head yes / But you wanna say no / What do you mean?” It was much more subtle than his previous track “Where Are U Now,” which contained Selena’s name in the music video.

You would think that Selena Gomez would be thrilled Justin didn’t do her in like everyone had predicted. But, sources close to Selena reveal that she was actually disappointed. An insider dished, “Selena was really hoping that Justin would mention her, or at least make it obvious the song was about her. That song could have been about any girl. She was banking on his song creating a ton of buzz to help her promote her new album.”

Who gets mad because someone doesn’t diss them in a song? No wonder Justin Bieber referred to his ex as “flip-floppy.” And, it looks like Justin’s suspicions were right – Selena is using their troubled past relationship to boost her own career. Why else would she want him to diss her in a song? What did you think of Justin’s new song? Let us know in the comments below!