Selena Gomez, Justin Bieber Getting Back Together: Justin Ditched Kendall Jenner After Met Gala To Meet Up With Selena 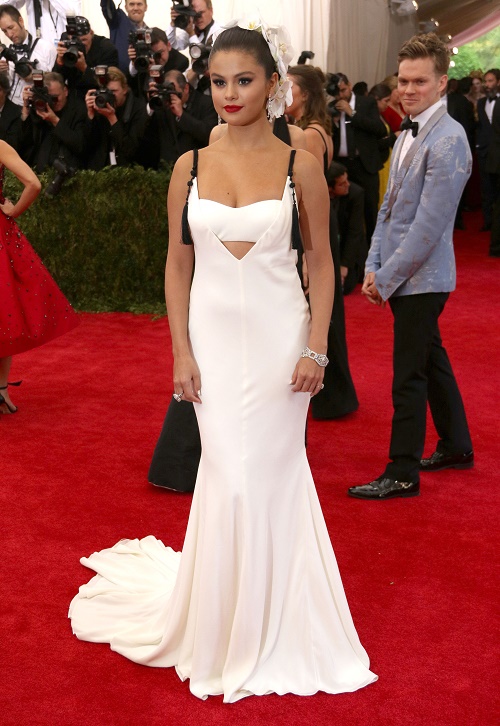 Selena Gomez and Justin Bieber both attended the 2015 Met Gala and managed to avoid each other at all costs. But is there more to the story? All eyes were on the famous exes as everyone waited impatiently to see if they would speak to each other. Considering the fact that Biebs was at his rumored hook-up buddy and Selena’s nemesis Kendall Jenner’s side all night – no one was really shocked that they didn’t speak to each other. But, according to insiders, they were texting each other all night at Rihanna’s after-party!

Selena Gomez and Justin Bieber were talking about getting back together over the course of the last few months, but after his rumored fling with Ariana Grande and model Shanina Shaik – Selena has been ignoring Justin’s texts and calls. As CDL reported last month, Justin’s fling with Ariana Grande hit Selena hard. She never took his hook-ups with the never-ending parade of models seriously because he knew Justin didn’t care about them, but he has always had a crush on Ariana – and Selena knew that he had genuine feelings for the tiny diva.

Any chances Justin had of reconciling with Selena Gomez at the Met Gala were blown when he paraded around the party with Kendall Jenner on his arm – Selena has hated the reality TV star since 2014 when Justin allegedly cheated on Selena with her at Coachella. According to one of our insiders, Justin was texting Selena at Rihanna’s after-party and trying to get her to leave with him. Our source dished, “Justin didn’t actually approach Selena, but he started texting her at the after-party. He was trying to get her to leave with him so they could talk in private. He showed some of the text messages to his friends and bragged that Selena could never say no to him, and they were going to hook-up after the party. Selena kept saying things like ‘why don’t you just leave with Kendall.’”

So, did Selena and Justin Bieber hook up after the Met Gala? Well, they’re never going to come clean and confirm or deny the rumors – but everyone else at Rihanna’s after-party seems to think that Selena and Justin left around the same time and Justin told a few people they were meeting up. Do you think that Selena stayed strong, or did she cave and see Biebs after the party? Will they wind up getting back together, or was it just a one night thing? Let us know what you think in the comments below!